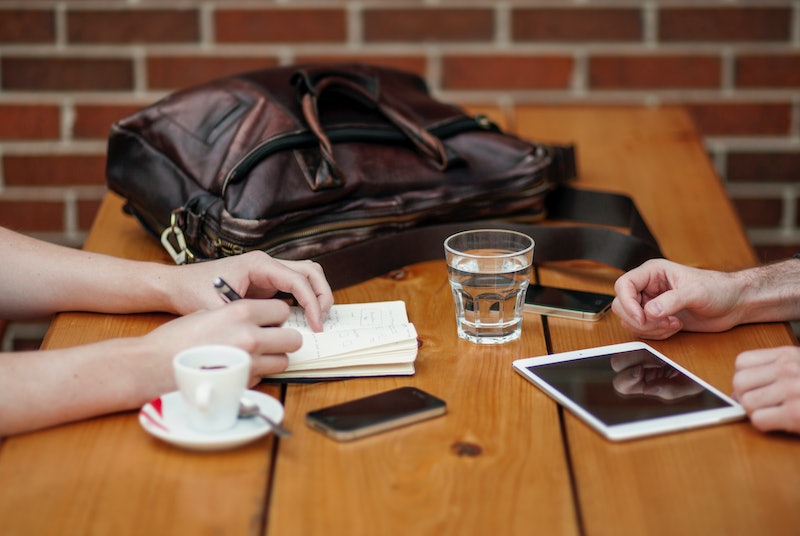 Is it just me, or have the last three months been particularly exhausting? Between the early morning tweetstorms from our commander-in-chief, the near daily release of dangerous executive orders, and the administration's ongoing war with the media, the winter seemed to have drag on longer than usual, and brought with it much worse things than the flu. If you're just starting to recover from the dreadful and dreary days, you may want to start thinking about how to use self-care to keep healthy and keep writing in Trump's America this spring. Winter may be over, but this president's term has only just begun.

As a feminist writer who covers everything from book and author news to women's issues and current events, I've found there has been one common theme in my writing this year: politics. Whether I'm covering a newly released thriller or talking about empowering female characters, it seems impossible, and even irresponsible, to leave politics out of the conversation. And while it can be exhausting constantly talking about, reading about, and writing about Trump's America, the alternative is much worse. The alternative involves turning a blind eye and a blind ear to what's happening around us, and isn't that how our country got here to begin with?

Whether you're a professional writer, blogger, author, or you're just getting started, it's important to keep writing, now more than ever. When pitted against an administration that likes to control the narrative, that likes to reinvent history and rewrite the facts, it's writers who speak truth, and speak truth to power, that make all the difference.

Are you ready to put the pen to paper and keep the resistance going? Then you're going to need to learn to use self-care to keep writing in Trump's America. Here's how.