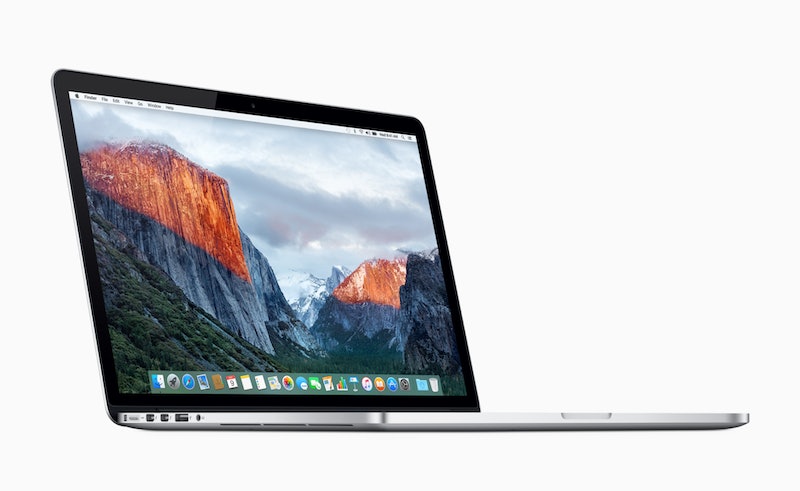 On Thursday, Apple announced a voluntary recall of “a limited number” of 15-inch MacBook Pro laptops. The concern is a common one for modern electronic devices; according to the press release the batteries in the recalled units can overheat, which can be a safety risk for a variety of reasons. But although the concern is common, it’s still, y’know, a concern. If you’re wondering how to know if your MacBook Pro is recalled, though, the good news is that it’s easy to figure out. All you have to do is cross-reference your computer’s serial number with a handy-dandy online tool Apple has provided on its support website. And even better, if it turns out your laptop is affected, Apple will replace the battery for you, free of charge.

Lithium ion batteries are widely used in mobile devices these days, from laptops to tablets to smartphones. Introduced to the market in 1991, they’re generally long-lasting and safe, according to expansive online battery resource Battery University — although like anything pertaining to electronic devices, they’re not without their concerns. When they overheat, they can become fire and burn hazards — so when devices are recalled due to overheating lithium ion batteries, it’s important to stop using the devices immediately.

That’s what Apple recommends all users of 15-inch MacBook Pro units included in the recall do. As Apple notes in their press release about the recall, “customer safety is a top priority.” That's why they're also offering free battery replacement to affected users in order to solve the issue.

To check if your MacBook is affected, first, click on the Apple menu (the one that’s literally identified with a little apple symbol) in the upper left-hand corner of your MacBook’s screen; then select “About This Mac.” A window should pop up that lists both your computer’s model and its serial number. If the model is identified as “MacBook Pro (Retina, 15-inch, Mid 2015),” then note the serial number and plug it into the eligibility checker on this page here and click “Submit.” The page will tell you if the serial number belongs to an affected laptop.

If your MacBook Pro is affected by the recall, there are a number of ways you can get the battery replaced, free of charge: You can head to an Apple Authorized Service Provider near you; you can make an appointment at an Apple Retail Store; or you can get in touch with Apple Support to set up mail-in service.

No matter how you actually arrange the replacement, though, your device will ultimately get sent to an Apple Repair Center, examined to double check that it’s eligible for the free battery replacement associated with this recall, and fitted with a new battery if it is eligible for the replacement. It might take between one and two weeks for the replacement to be completed, though, so if you need computer access during that time, you’ll want to make sure you’ve got alternate arrangements set up. Also, make sure you back your data up before you send your machine off to the repair center.

Note, by the way, that if your MacBook model is not “MacBook Pro (Retina, 15-inch, Mid 2015),” then you’ve got nothing to worry about at all; you don’t even really have to check the serial number, although I suppose you could anyway if you’re really concerned about the whole thing.

Apple is far from the only company ever to have issued a recall due to overheating batteries. HP, Panasonic, and Lenovo, for example, have all voluntarily recalled devices in recent years due to battery issues; each time, the companies have supplied battery replacement services at no cost to consumers to address the issue — which, I would argue, is the correct response. That’s what Apple is doing, too, so make sure you check your MacBook Pro and get on that battery replacement if it’s part of the recall. You can find out more about the recall here and here. Stay safe!