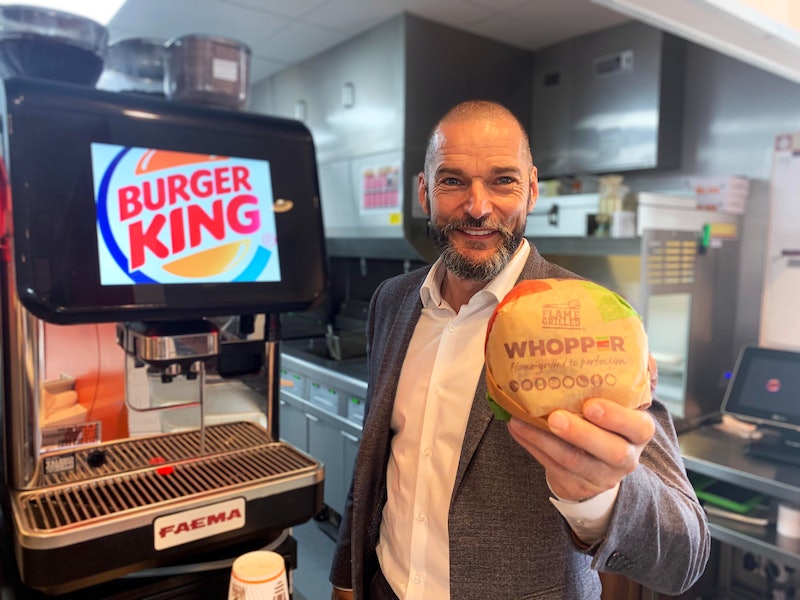 There's nothing like a cheeky bit of fast food every once in a while, but what about trying to replicate those iconic meals in your own kitchen? Michelin-star chefs Claude Bosi and Lisa Goodwin-Allen will be tasked with replicating the classic Whopper on this week's Snackmasters. This challenge got me thinking about how to make a Burger King Whopper at home, and it's actually not as difficult as I initially thought.

Thankfully there's no secret formula to contend with here. It's actually a pretty simple burger, but it's achieving the right balance with all the ingredients that truly sets the Whopper apart from its competitors. While Burger King hasn't released a recipe for consumers to try at home (for obvious reasons), there are plenty of food sites across the web that have attempted to replicate this delicacy, and with pretty successful results.

One place to head to for all your Whopper needs is Serious Eats, who have concocted a recipe that follows "the exact ratio of toppings and beef", while also upgrading the burger "with better ingredients, better layering, and better technique." And by the looks of the comments left on the recipe, it's as close to the Whopper as you're gonna get.

Remember, the key to this burger is the fact that the beef patty is flame-grilled, so if you're following Serious Eats recipe, you'll need to cook your burger on a barbeque. If you don't have the means — or the weather — to make that happen, you can buy already flame-grilled burgers. But, they probably won't be as fresh as grilling them yourself.

Another key to the Whopper is toasting the buns. Yep, it's a revelation to me as well. According to Serious Eats, the sesame seed buns need to be cooked mostly from one side to give "maximum crust development and browning while still leaving it nice and juicy."

When it comes to the condiments and the structural base of the burger, there's a specific way to do this to ensure that your Whopper doesn't topple over. Instead of using the patty as the base, "[p]lacing the shredded lettuce and other toppings underneath the burger patty makes for a more structurally-sound sandwich" and also provides "a medium for juices to get absorbed."

Before you head out to stock up on ingredients, you might want to wait until Snackmasters airs. While Bosi and Goodwin-Allen figure out how to make a Whopper, comedian Jayde Adams "visits Burger King factories to reveal what the process should be," according to Radio Times. So you'll have an opportunity to see exactly how the king of burgers is made.

You can also be safe in the knowledge that your burger won't be judged by a panel of Burger King's employees, as will be the case for Bosi and Goodwin-Allen. Although, you could replicate that feeling of suspense by rounding up a group of Whooper-enthusiasts for their verdict on your dish. Talk about pressure.

More like this
'The Last Of Us' Has Officially Been Renewed For Season 2
By Darshita Goyal
'Abbott Elementary' Fans Probably Missed This 'Parent Trap' Easter Egg
By Sam Ramsden
Rupert Grint Just Shared A *Major* Update About Ron Weasley’s Future
By El Hunt
9 Time Catherine Cawood Was An Absolute Badass In Happy Valley
By Sophie McEvoy
Get The Very Best Of Bustle/UK
Sign up for Bustle UK's twice-weekly newsletter, featuring the latest must-watch TV, moving personal stories, and expert advice on the hottest viral buys.