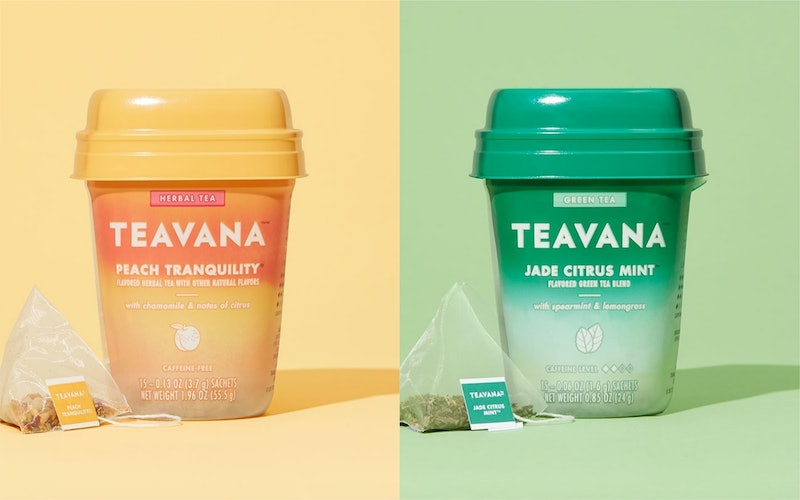 It's cold season. Cue the tiny violins. As we sniffle our way through the rest of winter, all hope may seem lost. But it's not. There's a drink at Starbucks that, while it won't cure the common cold, can certainly alleviate it. Starbucks' "Medicine Ball" will take care of your cold and you can even make it at home. Because when your nostrils are stuffed with tissues the last thing you want is to drag yourself outside.

This "Medicine Ball" concoction I speak of doesn't actually go by that name on the Starbucks official menu. It earned the title by fans who swore by the healing prowess of the liquid. If you detect any soreness in your throat on your way out from work, stop by Starbucks and order the "Honey Citrus Mint Tea."

According to the Starbucks website the drink is composed of, "Jade Citrus Mint™ Green Tea, Peach Tranquility® Herbal Tea, hot water, steamed lemonade and a touch of honey." Just reading that makes my sniffles start to go away. The tea is described as a drink that can provide comfort "from the inside out." When you're in the grip of a cruel cold, nothing sounds better than comfort from the inside out.

Starbucks is aware that when you're feeling really sick, it's not likely that you'll roll out of bed for your routine morning coffee. So why drag yourself from the apartment for tea? However, Starbucks is still adamant that you take care of yourself with this "Medicine Ball". Which is why they've shared a way to make it in the comfort and quarantine of your kitchen.

A Starbucks spokesperson shares the straight forward recipe with Bustle. All you need to make sure you have in the pantry is Teavana Peach Tranquility and Teavana Jade Citrus Mint. From there they illuminate the drink, saying, "Simply combine the two sachets with 2 cups hot water, 1-2 teaspoons of honey, 1 lemon wedge or slices and let steep." Both teas can be found at Teavana retailers as well as local grocery stores.

Teavana's Peach Tranquility contains chamomile, which is your first line of defense in combating colds. Chamomile is known for helping with inflammation and insomnia. Calm your sinuses with the herbal remedy. Cool off even more with Teavana's Jade Citrus Mint which contains spearmint and lemongrass. The homemade blend, in addition to the honey, is a knock out.

The reputation proceeds the tea. Twitter users are raving about the "Medicine Ball." One user writes, "Whoever came up with the medicine ball at Starbucks....genius." Another Twitter user writes, "Next time y’all go to Starbucks order a medicine ball and thank me later." It's becoming so popular in this cold szn that some Twitter users are even reporting that their local Starbucks are actually selling out of the tea. Which, is all the more reason to learn how to make yourself a batch at home.

If you're in a rut, don't have the tea on hand and absolutely cannot leave your apartment, you might be in luck. Bustle reported late last year that Starbucks is planning to expand its delivery program in 2019. The good news is that no matter what state of sniffles you're in, you'll be able to get your "Medicine Ball" or "Honey Citrus Mint Tea" one way or another.

More like this
Why TikTok Is Obsessed With Caesar Salads Right Now
By Alexis Morillo
TikTok's Butter Board Might Be The New Cheese Plate
By Emma Carey
Deliveroo Is Selling Lotus Biscoff Cinnabons Now
By Darshita Goyal
The 5 Best SLS-Free Toothpastes, According To Dentists
By Amy Biggart and Danielle Calma
Get Even More From Bustle — Sign Up For The Newsletter