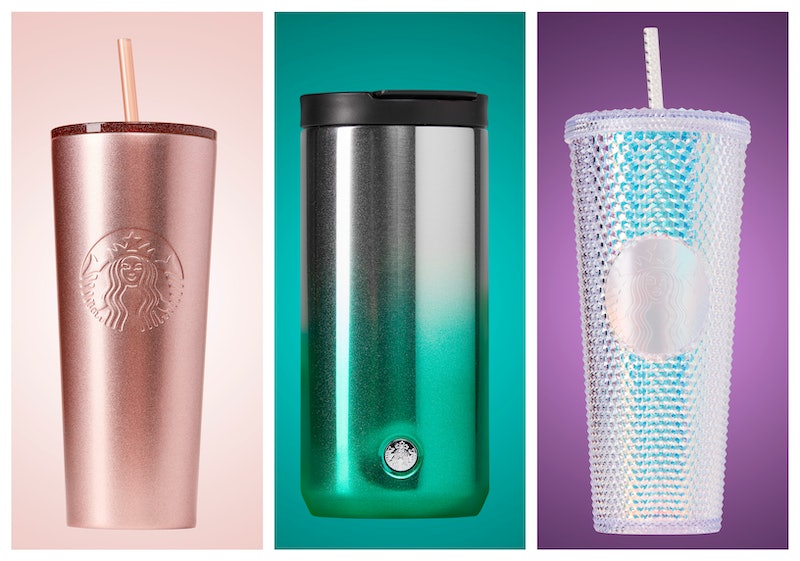 Most of us probably haven’t even started thinking about Thanksgiving yet, let alone the gift-giving holidays that descend upon us at the end of every year (we’ve still got Halloween to get through, after all) — but, uh, folks? Starbucks just dropped its 2018 holiday merchandise by announcing a bunch of sparkly holiday cups, and I need them in my life immediately. Alas, I probably won’t be able to get a hold of them just yet; today, we’ve just gotten a sneak peek of what we’ve got waiting for us in the future. But, I mean, sneak peeks are still fun; who doesn’t like having something to look forward to?

Today, you see (Sept. 25, if you’ve been paying attention), marks the beginning of Starbucks’ 90-day countdown ‘til Christmas — and as the very first reveal of that countdown, the coffee giant has granted us the gift of foresight: We now know eight of the delightful holiday cups that will be part of Starbucks’ annual gift guide for 2018. The idea of Starbucks putting together a gift guide isn’t new in and of itself; the company has helping us figure out what to get the coffee lovers in our lives for a number of years. I do like the idea of the countdown, though; it’s kind of like an extended advent calendar that just, y’know, starts a few months earlier than we were probably expecting.

Now, when I say “holiday cups,” I’m not talking about the iconic red paper cups the coffee chain serves all its drinks in during the winter holiday season. I’m talking about insulated drink receptacles you can use over and over again — travel cups, basically. (Historically, Starbucks has given discounts of about 10 cents per drink to customers who bring their own reusable cups to stores for their orders.) The collection of cups includes both tumblers for hot drinks and cold cups for iced ones; not everyone lives in climates that get cold during the November, December, and January holidays, and when it’s 75 degrees out (hi there, Southern California) or actually summer (how’s it going, Australia?), the last thing many people want is a piping hot Peppermint Mocha. An Iced Peppermint Mocha, however? That sounds marvelous when you’re dealing with those kinds of weather conditions.

The cold cups and tumblers will all be available for purchase in Starbucks stores during the winter holiday season. We don’t exactly when yet; my guess, however, is that it’ll be shortly after Halloween. The red cups and holiday drinks usually return to stores in November, so it would make sense for holiday gifts to start appearing at around that time, too. (Although to be fair, that’s just speculation on my part.)

Here’s what you’ll be able to snap up this year: