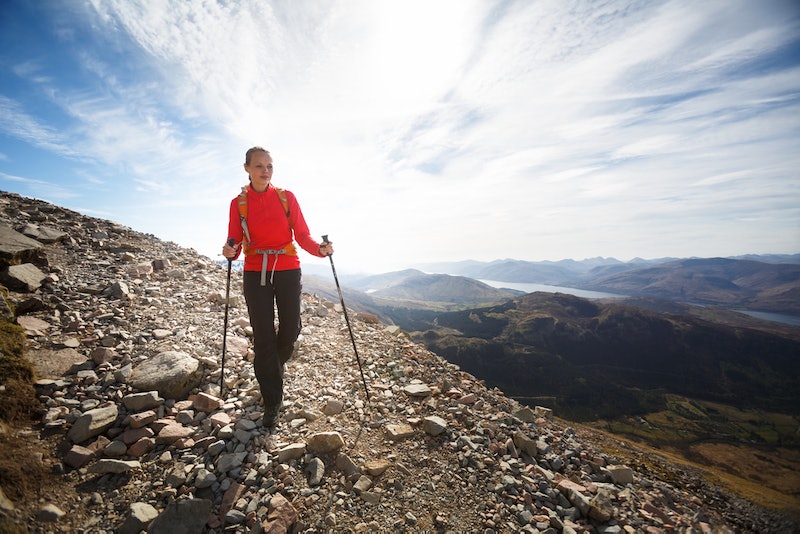 lightpoet/Shutterstock
By JR Thorpe
May 1, 2019

Memories are funny things; you can forget everything you ever knew about Pythagoras's theorem, but recall very clearly what you were wearing in 4th grade when you dropped yogurt on your shoes. The science behind what makes strong memories — or memories we retain with relative clarity despite a distance of many years — is still developing. Why does the brain retain some things and not others? A new study on rats published in Current Biology has found that something might distinguish really memorable experiences from others: how challenging — and rewarding — they were.

To understand what the study uncovered, it's necessary to do a bit of background on what we already know about human memory. A lot of different factors influence how strong a memory is in our minds, but things are rarely straightforward. For instance, it's clear that strong emotions make for strong memories, but research has also shown that having a Lot Of Feelings can actually impair the way we remember things in the future.

Scientists now know that one of the factors that influences how strongly we remember things is the act of mentally reliving what happened. A study in 2015, for instance, found that when we remember something clearly, the brain is actually recreating the neurological pathways that were activated when the event happened; your brain is physically going on a trip down memory lane.

Interestingly, this also happens when we're not consciously remembering something. In periods of rest, like sleep or napping, the hippocampus — an area of the brain heavily involved in memory — tends to 'replay' the neural patterns of various events in the past. It's called hippocampal replay, and it happens in both humans and a lot of animals, including rats. Researchers think this kind of replay might strengthen our memories in the future, as the brain easily recalls old trajectories of neural activity associated with, say, dropping yogurt on your shoes. Result: crystal clear mental image.

The researchers in this current study were looking at hippocampal replay in rats, and wanted to figure out if two particular factors could make it more intense: rewards and challenges. Humans have a very strong reaction to rewarding experiences; we have an entire 'reward system' in our brains that reacts pleasurably when we do, feel or consume something good. Win a race, eat chocolate, or have an orgasm? Your reward system is what kicks in to make you feel good about it. When it comes to challenging experiences, the brain reacts in a variety of different ways, including not absorbing less "relevant" information to focus on core facts. The researchers wanted to combine these and see what they did to memories in the brain.

The scientists then disrupted the hippocampal replay of the rats after they'd made their discoveries, and tested their memories again. The rats who'd made big, tasty discoveries in challenging locations couldn't remember things as well when their hippocampal replays weren't working. The replays had been crucial to helping them remember their wins.

You always have to be wary of drawing conclusions between rat and human brains, since, well, they're pretty different. However, if this process happens in humans as well, it indicates something interesting about our memories: that we remember experiences involving a big reward after a very challenging time really clearly, because of the hippocampal replay system.

Success after a long period of struggle Rocky moments, like getting a promotion after a really tough assignment, or climbing a mountain after a year of training — forms a clear memory, and our hippocampus replays the experience over and over again. As it damn well should. Enjoy crossing the line on that marathon; your hippocampal replay will guarantee you remember it for years to come.