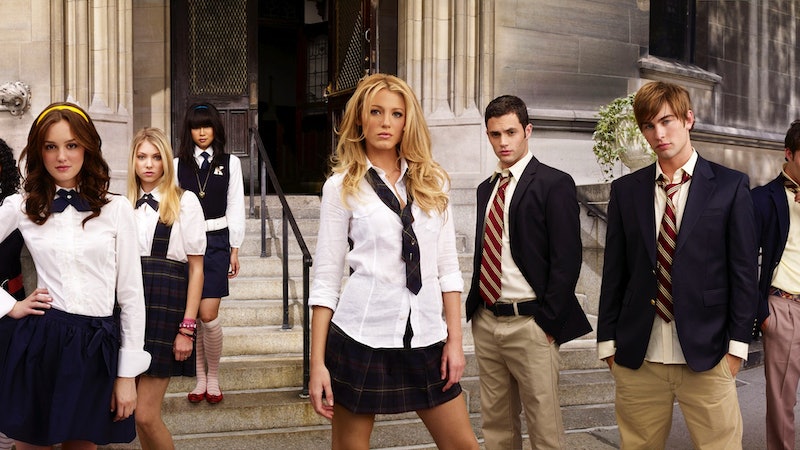 Even amidst the coronavirus pandemic, humor seems to be alive and thriving. And that's good news for all social media goers, considering everyone could use a good laugh while in quarantine. And when it's Gossip Girl-themed? Even better. The latest of the quarantine-produced trends is a Gossip Girl meme that's so simple yet hilarious.

While in quarantine you've probably taken part in a number of internet trends from recreating the #DontRush Instagram challenge to showcasing your favorite music with the Bill Clinton Swag Quarantunes challenge. But this new Gossip Girl meme is so simple yet satisfying, that you barely have to do anything to execute your own great version.

The base of the meme is a two-panel picture of Serena van der Woodsen on top and Blair Waldorf on the bottom with "Gossip Girl" written over her. The point is to edit the picture so it seems like Serena is saying something in the top box while Blair is answering it in the bottom box. But the catch is that Blair's reply has to be made by only using the letters in "Gossip Girl." To make the meme yourself, you'll have to try your hand at a little photo editing.

Don't worry, you don't have to be an expert at graphic design to take part in this meme. The great part about it is the messy simplicity, which means if your editing is off, it'll probably just make the meme even funnier. Start by grabbing the template for the meme and then coming up with a funny exchange between the two Upper East Siders. Use whatever photo editing software you're comfortable with, whether it be Adobe Photoshop, Paintshop Pro, or something simpler like Microsoft Paint. Then, type up Serena's question in a text box near her, and then grab the letters in Blair's box and rearrange and delete them to create your answer and — voila! You have an oddly hilarious masterpiece.

If you need inspiration for your piece, you can always just go onto Twitter and search around for the ones others have made. Some of them are more silly, such as the one where Serena says, "I'm thirsty" and Blair replies, "Go sip, girl." Others are more politically aware, including one where Serena asks, "Why did the U.S. invade Iraq?" to which Blair replies with a straightforward "Oil." One of my personal favorites is where Serena asks, "Is that a snake?" and Blair just replies, "ss." (I'm a woman of simple pleasures.)

While these memes may not have been the internet's best collective work, for some reason they really seem to be hitting the spot right now. Are these Gossip Girl memes really funny or is it just a signifier that we're all slowly losing our minds in quarantine? Who knows? All I know is that it's pretty hilarious right now and that's all that matters.