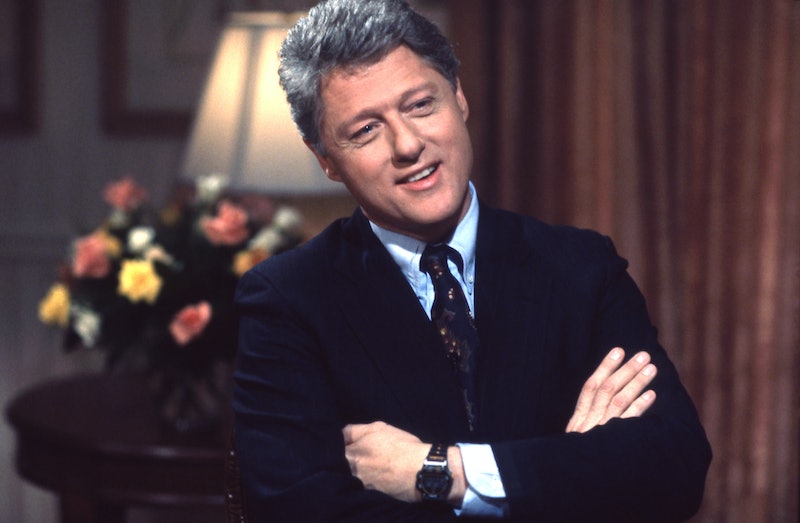 Memes are a way to pass the day, enjoy mischievous fun, and bring the LOLs at the best of times. As the old saying goes, the devil finds work for idle hands and it appears that free time during the lockdown is being spent taking the meme game to the next level. The latest treat features former president of the U.S. Bill Clinton, whose dubious personal and professional past makes him an ideal candidate for taking the micky out of. And finding out how to create a Bill Clinton Swag meme isn't as difficult as you might think.

Step away from the Photoshop tutorial, I don't know how to work that either. The process of creating this meme is much more user friendly. All you have to do is simply pop over onto the Bill Clinton Swag website, search for the albums you'd like to feature, and add the images to the photo. Then Bob's your uncle, Fanny's your aunt — a meme is born.

The meme uses a photo of Clinton, shoeless, sitting cross legged on the floor, listening to records, with a satisfied smile face. The image is a perfect example of an endlessly meme-able PR style "politicians, they're just like you!" snap that often makes the elected officials seem more alien than not. (Lest we forget the Theresa May dancing debacle).

The aim of the challenge is to feature the last four records you've listened to. This one's not an exercise in making people think you're cool, so feel free to be as honest as you like (especially if you've been filling up on less-than-trendy tunes). Because, of all people, Clinton deserves to mercilessly take the blame of your slightly gauche taste.

My Bill Clinton Swag would feature Fetch The Bolt Cutters, Psychodrama, Future Nostalgia, and Back To Black. HBU?