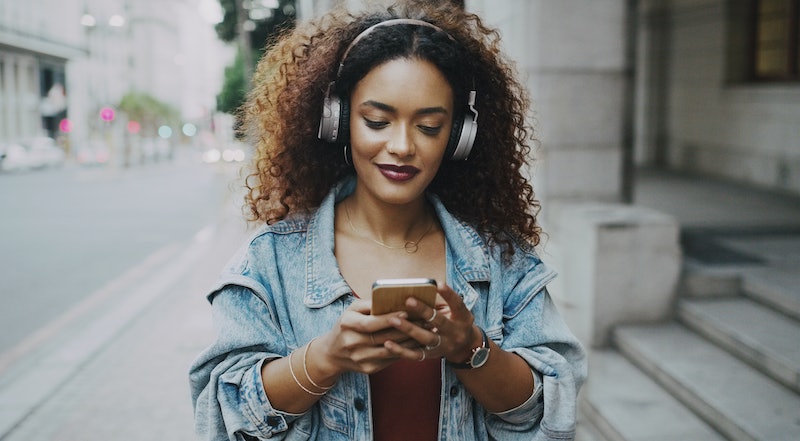 If you have tons of music on Spotify, making sense of it all can be as overwhelming a task as cleaning up a closet you've ignored for months — but it doesn't have to be. You might not have realized that you can take your musical hierarchy to the next level by using folders to organize your Spotify playlists. And it can all be done in a matter of moments.

Creating Spotify folders is a great idea if you want to organize groups of playlists together. For example, if you'd like to easily access all of the different playlists you listen to while working out, and don't want to put all of those songs in one single playlist, a folder could be your answer. There's only one small distinction to keep in mind: though you can see them on your phone once they've been created, you can't actually create Spotify playlist folders on your phone. You'll need to use the desktop Spotify app on a computer to make them.

Per Spotify Support, all you have to do to make a playlist folder is go to the toolbar where all of your playlists live, then right click in that section. You should see a little box open up (like in the image below), and in that box should be the "Create Folder" option.

Once you select that button, your folder will appear alongside all of your playlists. You can name it the same way you name your playlists, and drag playlists into the folder the same way you drag songs into a playlist. If you're worried about how you're going to distinguish your folders from your playlists, there's a simple solve for that, too: once the folder is made, there will be a little arrow next to it, letting you know there are multiple playlists to choose from. When you click that arrow, you see a dropdown option for all of the playlists you've added to the folder. And if you haven't added any playlists, that dropdown menu will be empty.

Unfortunately, there's no easy way to share a folder with your friends yet so you can all collaborate. You only have the option of renaming your folder or deleting it entirely. But you can, of course, still share each of the Spotify playlists within a given folder.

If you do really get into creating folders on Spotify, you can always take it a step further and make a folder within a folder, according to the music platform. It's pretty meta, but it can help you organize huge amounts of musical content within easy hierarchies, all in an accessible location in your Spotify playlist area.