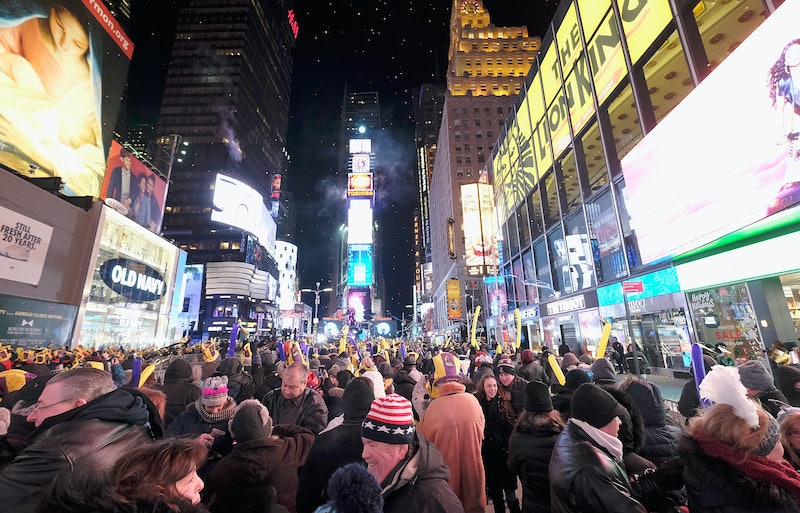 It’s not really New Year’s Eve unless you’re watching the ball drop in Times Square. Being there in person is kind of a hassle, and involves hanging out in a large crowd in subzero temperatures with no bathrooms in sight, which isn’t really an appealing prospect for many. The best way to see the ball drop is from the comfort of your home, where you can watch celebrities freeze on stage while you enjoy your friends and family (and easy access to a bathroom). While you can always watch on cable TV, there are also a bunch of ways to stream Dick Clark’s New Year’s Rockin’ Eve 2019 so you don't miss a thing.

Right now it looks like you’ll be able to use the ABC app to stream the show from your smart phone or mobile device. It’s a free app, but usually requires a cable log-in of some kind, although the network didn’t specify if they’d make it available without an account for the big night. If you have a log-in for a cable provider like DirecTV or Xfinity, you also might have another option there. Many of those companies allow you to stream live TV on the go through their specific apps, and would likely include ABC depending on your package.

And if nothing so far sounds like a viable option, Hulu with Live TV now features ABC. They offer a free trial, and afterward you’re charged $39.99 each month.

Those seem like your only options for this particular New Year’s Eve show, though as the date gets closer the network may reveal some more ways to tune in.

It’s shaping up to be a show you won’t want to miss. According to The Hollywood Reporter, Ryan Seacrest is returning to host yet again, starting at 8 p.m. ET, and he’ll be sharing the screen with Jenny McCarthy in Times Square, Ciara on the West Coast, and Lucy Hale in New Orleans. Christina Aguilera is headlining the celebration, and she’s just one of the huge names who will be performing. Shawn Mendes, Camila Cabello, Halsey, Weezer, The Chainsmokers, Foster the People, Bastille, New Kids On The Block, Florida Georgia Line, Maren Morris and more are on the list to hit the stage.

“Our lineup in Hollywood this year is truly outstanding, featuring artists across multiple genres and some incredible crossover hits,” executive producer and Dick Clark Productions' executive vice president for programming and development Mark Bracco said in a statement, per THR. “Music brings people together and we look forward to rockin’ in the New Year with some of the biggest hits of the year.”

Though Dick Clark’s Rockin’ New Year’s Eve might be one of the most iconic holiday broadcasts on the night of the 31st, it’s not the only one that’ll be on TV. Andy Cohen and Anderson Cooper will be co-hosting a similar program over on CNN, Fox will welcome Steve Harvey back as a host for their network’s own celebration, and Kathie Lee Gifford and Hoda Kotb will be over on NBC counting down the New Year with celeb appearances of their own.

So no matter where you are or what you’re dying to see as you celebrate the end of 2018, you’ve got plenty of options for some good old-fashioned nostalgic fun.