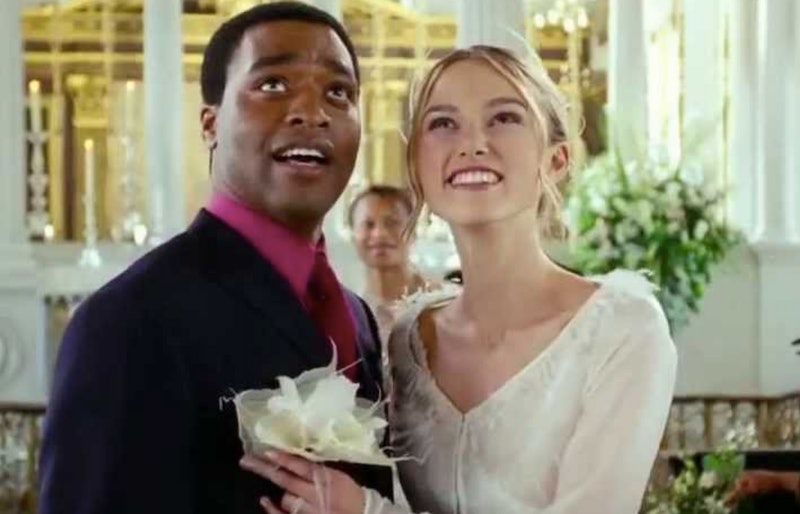 Nearly two decades ago, this romantic-comedy hit the box office and audiences were never the same. Thankfully, the internet provides so many ways to stream Love Actually for viewers to revisit the movie and celebrate its big 15-year anniversary on Tuesday. Between last year's epic cast reunion to Noah Centineo's recent reenactment of the iconic card scene, the film continues to live on, both on screen and in fans' hearts. Here's how to relive the glory of a romantic Christmas in England all over again.

Good news for certain fans who want to return to London for the occasion: Love Actually is currently available on Netflix. For other viewers, there are a few different options available for renting the movie online. Vudu offers a Love Actually rental for $2.99. The film can also be rented for $3.99 on iTunes, YouTube, Amazon, and Google Play. (And if you just need a small dose, here's Andrew Lincoln's iconic "To me, you are perfect" card scene.)

In the sequel, Grant reprised his role as prime minister and once again showed off some skilled dance moves as he did in the original. This time, it was to Drake's "Hotline Bling" and he was too tired to keep it up for too long. Lincoln's character visited Knightley's character with massive cards again, this time announcing he married one of the famous women he referenced in the first film and asking if she liked his beard. Linney's character appeared to have finally found love after her rendezvous with a younger colleague, as she chats on the phone with her husband played by Patrick Dempsey.

As iconic as the original was, a little freshening up doesn't hurt, especially for the cast. In a recent interview with Wired, Knightley admitted she forgot who her character ends up with in the movie. "I don't remember! Who do I end up with in Love Actually?" the actor said when asked. "I've only seen it once and it was a really long time ago," she said. "I mean, I'm with my husband aren't I? Aren't I with Chiwetel Ejiofor?... I don't go off with Andrew Lincoln?" Ding, ding, ding.

Grant also recently reminisced on the film and his classic dance scene. "There was the horror of having to do that dance scene, which I always suspected could have be the most excruciating scene ever committed to celluloid," he told reporters at a press conference. "Some people love it, but it’s just not easy for an Englishman in his 40s, at 7 o’clock in the morning, stone-cold sober, to do that."

Luckily, fans have the internet to revisit that scene, and the entire feel-good film, for as long as they'd like.

More like this
Before 'Bullet Train,' Revisit These Brad Pitt 'Fight Club' Premiere Photos From 1999
By Grace Wehniainen
Jennifer Coolidge Needs 'Legally Blonde 3' To Happen So She Stops Getting Hot Dog Jokes
By Jake Viswanath
Social Media’s Favorite Fashion Influencer is Meredith Blake from ‘The Parent Trap’
By Morgan Sullivan
Revisit 1992’s 'A League Of Their Own Cast' Photos After The New TV Series
By Grace Wehniainen
Get Even More From Bustle — Sign Up For The Newsletter