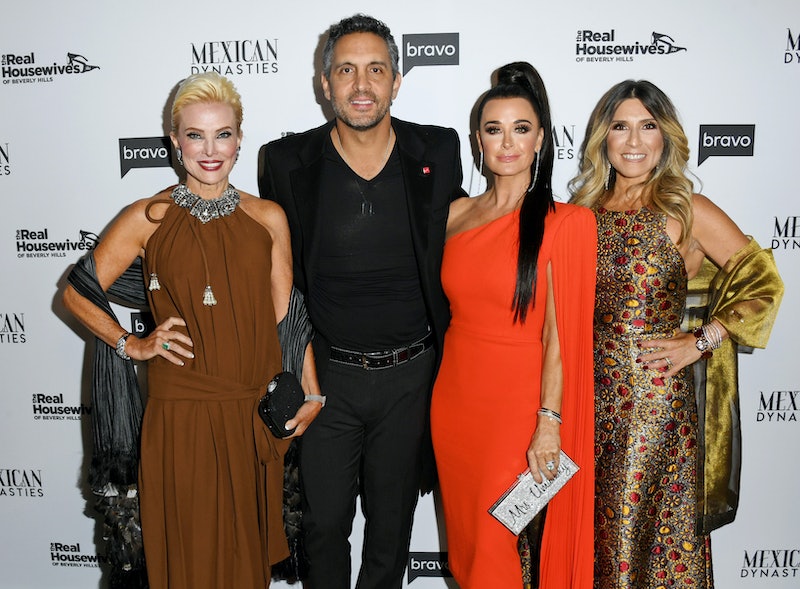 Those looking for their next reality TV fix need look no further. Now's the best time of year to sink your teeth into a new show from outside the UK, since there's still a while to go before the country's yearly dose of summer reality TV. Right now it's spring — the season for trying new things. And Bravo's new reality TV show Mexican Dynasties brings something a little different in a format that feels familiar. Make the months before Love Island and co go quicker — here's how to stream Mexican Dynasties in the UK, because you're gonna need to fill the void somehow.

Mexican Dynasties is basically The Real Housewives set in Mexico City. According to E! Online, Mexican Dynasties will introduce you to three very wealthy families: the Allendes, the Bessudos and the Madrazos, all of whom reportedly made their fortune "from the entertainment, beverage and luxury car industries." You can get your first look of the families with previews on the Bravo TV site. However, it doesn't look as though you can yet stream the show right now; all the big players (Amazon TV, Netflix, Google Play, YouTube, etc.) have yet to display it. But that doesn't mean you can't have it in your life — and soon.

Hayu TV UK & Ireland — the subscription-based streaming service for reality TV lovers — confirmed in a tweet on Jan. 29 that they'd be adding Mexican Dynasties to their stellar lineup in February. When a fan questioned them further on Feb. 20, they confirmed to the twitter user that the show would be coming to their service on Feb. 27, as well as attesting to the fact that "it's amazing."

That means you still have a little bit of time to sign up for Hayu before they premiere Mexican Dynasties in the UK. You can do that by heading to their site and signing up for £4.99 per month. From there, you'll have Mexican Dynasty, as well as 6,000 total episodes of reality TV goodness, right at your fingertips.

If you still need a little more convincing, all you need to do is look at what people have been saying about the show. It might well be an instant cult classic, as one Twitter user posted: "#MexicanDynasties on @BravoTV needs to get more attention! I'm loving these family relationships. The love they have for each other, their amazing culture, support of LGBT, their happiness & zest for life...and they have great style! Such a fun show!"

Another gushed: "Ok I’m actually loving #MexicanDynasties so far after watching the first episode on @BravoTV !! It’s something fresh, fun & new that Bravo needed & looks like this one’s gonna big here to stay." I hope she's right, and I hope that Mexican Dynasties continues to pick up even more hype when it lands in the UK on Hayu on Wednesday, Feb. 27. It's time to go to sunnier, Mexican climes before the UK's very own summer of love (and reality TV) rolls back around.