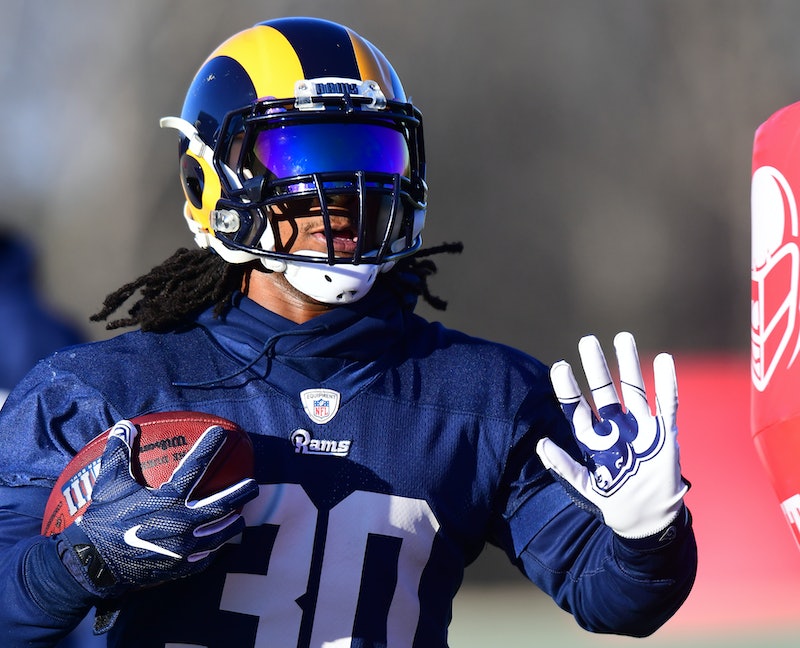 Whether you're watching for the sports or the commercials or just because you like going to parties and eating appetizers, there are so many ways to stream the 2019 Super Bowl online for free. More and more people these days are ditching their traditional TVs and cable subscriptions, but you don't need either of those to tune into the Big Game on Sunday, Feb. 3. So if you want to see the Patriots take on the Rams, there are several ways to do so without shilling out a cent.

This year the game is being broadcast on CBS, and there are a multitude of ways to watch CBS freely (and legally) online. For one, CBS Sports is offering a free (FREE! so few things in this world are free, let's enjoy this one, folks) livestream of the game on the CBS Sports website. You can access the stream here at the start of gametime at 6:30 p.m. ET on Feb. 3. If you have CBS All Access (or try the free one week trial) you can also watch the game through that portal here. You can also try the free trial of fuboTV, which is a streaming network dedicated mostly to live sports viewing.

If you have a TV but just not a cable subscription, you can still watch the Big Game on your big screen through the CBS Sports app. That's available via Apple TV, Roku, Android TV, Chromecast, Amazon Fire, Xbox One, or the Playstation 4 if you have any of those setups and devices. You can also access the CBS Sports app on your smartphone or tablet and watch that way. Basically no matter where you are or what your cable/TV setup is, there's a way for you to watch the Super Bowl.

And when you do, you'll see the Patriots in their 11th Super Bowl in the franchise's history, per Sports Illustrated. They're facing off against the Rams, who will be competing in just their fourth ever Super Bowl, according to CBS Sports. That makes the Rams the underdogs, looking to score their second ever victory against the Patriots, who are looking for their sixth.

The other notable moment of the game will be the halftime show, which faced its share of controversy after several artists reportedly declined to participate in solidarity with former NFL player Colin Kaepernick, according to Refinery29. The game eventually booked Maroon 5, Travis Scott, and Big Boi to perform. Refinery29 reported that the halftime show is slated to be around 8 p.m. ET, but that could extend to 8:30 or 9 if the game play in the first half is slow.

But even if it is slow, it doesn't matter because you'll just be sitting back and watching the action (again, for free) in pretty much any way imaginable on the device of your choosing. So far 2019 has been kind of rough, but the technological advances are pretty sweet. So, go on and enjoy the game, commercials, and more on Sunday whether you have cable or not.