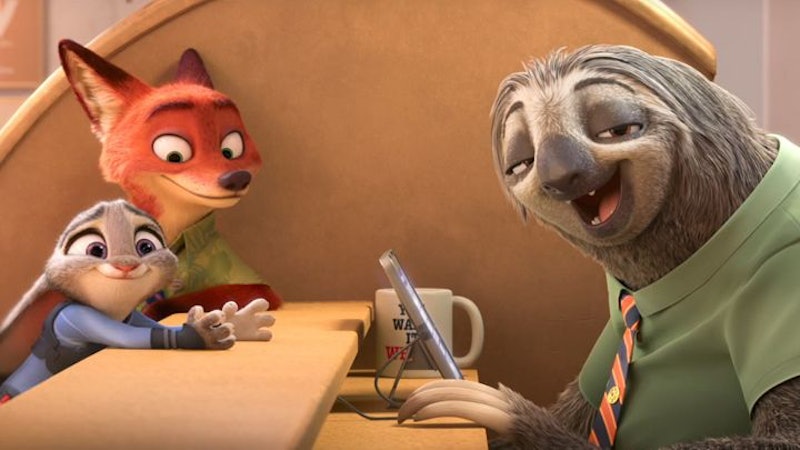 In a year as frequently upsetting as 2016, one of the bright spots came in the form of animated films, which provided a happy departure from real life for the two hours you watched them. In recent years, animated films have really stepped up their game on both the story front and the animation front. That's why Zootopia winning the 2017 Golden Globe for best animated feature film is such a big deal. It had a ton of competition. And, in case you didn't catch it the first time, or you want to watch it again, there are ways to stream Zootopia online to re-live its magic again and again.

Zootopia was up against Kubo and the Two Strings, Moana, My Life As A Zucchini, and Sing for the Golden Globe, but it ultimately emerged victorious. The Disney film appealed to both children and adults, with an equal amount of life lessons for both. And, it didn't hurt that it had a strong, cool female character at the center of the story — it's always a good thing when kids get to grow up with movies like that.

If you want to watch Zootopia after its Globes win, you can head right over to Netflix where the film is streaming now. You can also rent or purchase it on Amazon or iTunes ($2.99 to rent, $19.99 to buy). It's also rentable on YouTube. Whichever way you prefer to stream, Zootopia is there to teach you important life lessons while being equally entertaining.