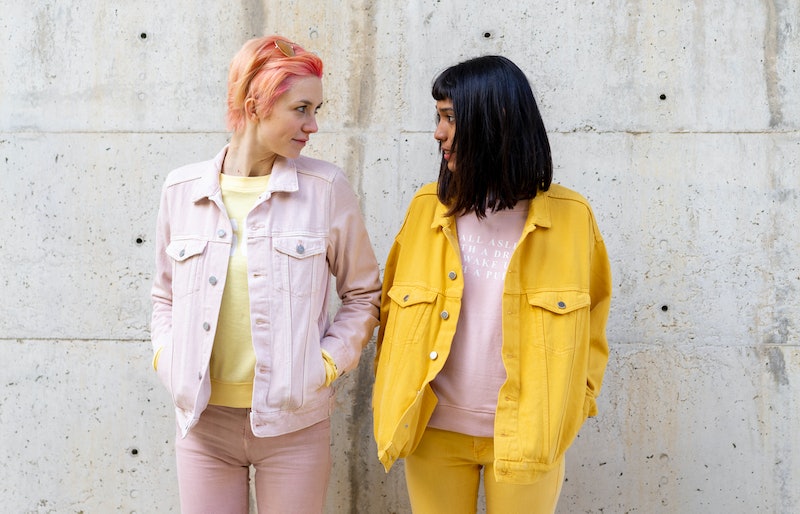 Dating in 2019 is almost unrecognisable to how it was just ten years ago. With the development of online dating, less of an emphasis on labels, and the ability to make your own rules, you can create a relationship that works for you. So there’s little surprise why open relationships have become massively popular. With all the perks of being exclusive but without the title and obligation, it’s a no-pressure situation that perfectly suits some. However, how can you transition from an open relationship to exclusivity? No matter how confident you are, having the “what are we?” conversation is daunting.

In contrast, exclusivity would mean no longer seeing anyone else and eharmony's relationship expert Rachael Lloyd says, "It’s possible to transition from being in an open relationship to an exclusive one, but the two people concerned would have to be willing to draw a line in the sand under their previous arrangement, and effectively start an entirely new relationship."

Dating and relationship coach Kate Mansfield agrees, saying, "Most relationships start as open, with each person dating more than one person until you find someone you click with. To go beyond the early dating phase and into a committed, but open relationship and then to transition into exclusivity is very unlikely, but possible."

While the chat may seem like a big deal Maria Sullivan, Dating Expert and VP of Dating.com says, “You should never be nervous to bring up topics that are important to you when defining the relationship. If it’s the right person, they will respect any concerns.” Thinking about why you want to have the conversation may help you verbalise your feelings. There’s no point pretending like you’re happy in a open relationship if you’re not. We-Vibe’s Relationship Expert Dr Becky Spelman says, “Open relationships can be wonderful so long as everyone is on the same page. The time to have a 'what are we?' talk is the first time either of you experiences a pang of jealousy at the thought of the other becoming intimate (either sexually or emotionally, or both) with someone else. If you are genuinely OK about the relationship being open, that pang won’t be there.”

Setting some ground rules out can help you protect yourself, both physically and emotionally. Maria Sullivan says, “It’s imperative that they discuss boundaries before anyone crosses them. People’s emotions can run high when it comes to outside relationships, so determining what is okay and what is not, will make the open Relationships more likely to be successful.” Ensuring your practising safe sex and keeping the communication between you and your partner open will be key. Dr Becky Spelman says, “ Nobody should feel that they are being taken for granted, or that they are any less special, just because the relationship is not exclusive. The keyword here is 'respect.'"

“In hiding your true motives about wanting a partner to yourself, you’re also being dishonest and venturing into potential ‘doormat’ territory.”

The basics of an open relationship, the idea that your partner can sleep with other people, is exactly the opposite of exclusivity. If you want them all to yourself but are allowing them to see other people by being “open,” you’re only going to hurt yourself. Maria Sulivan says, “You are welcoming the fact that your partner may sleep with someone else. If you are okay with this fact, you shouldn’t need to know much more.”