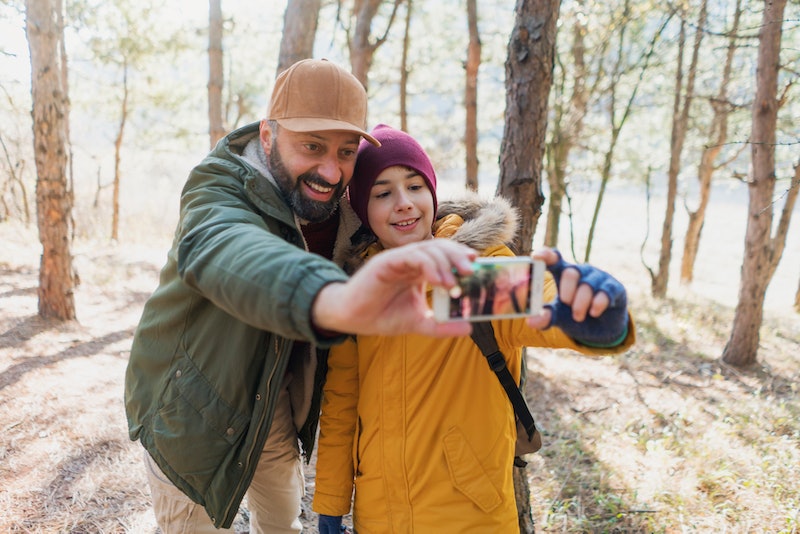 IOS 13.2 has arrived, and with that arrival comes good news for owners of an iPhone 11, 11 Pro, or 11 Pro Max model: you will now be able to take even better, clearer photos. This might come as a surprise, since the latest iPhone models are already equipped with 12 megapixel built-in lenses. But with the iPhone 11's new Deep Fusion camera feature, you can make your photos more texturized and vibrant than before.

Unfortunately, you'll only be able to take advantage of Deep Fusion if you have an iPhone 11 model. You can still download IOS 13.2 with older models — you just won't get that particular feature. But for those who do have an 11, 11 Pro, or 11 Pro Max, using the feature is totally easy.

Because Deep Fusion is a core processing feature, you don't have to worry about toggling it off and on, like you would with an image filter. It should start working automatically once you download IOS 13.2, according to tech site iMore. However, the site reports that Deep Fusion doesn't work if you have the "Capture Outside of Frame" setting turned on, and vice versa.

According to Apple, the Capture Outside of Frame setting allows you to take multiple photos simultaneously with each of your lenses. So, for example, if you have the setting turned on and take a photo with your wide lens, you'll also be able to go to your photos and see that same picture taken with your other lenses. But, as clarified above, you need to turn off that setting to use the Deep Fusion feature.

To see if the Capture Outside of Frame setting is turned on, you can go to "Settings," then "Camera," and you should see the feature.

Phil Schiller, Apple's senior vice president of worldwide marketing, spoke at the Apple conference in September about what Deep Fusion is, exactly, and how it works. Schiller described Deep Fusion as a "whole brand new kind of image processing system," one which gives you the most detailed photographs yet with an iPhone. He explained:

[The phone technically] shoots nine images [for one photo]. Before you press the shutter button, it’s already shot four short images, four secondary images. When you press the shutter button it takes one long exposure, and then in just one second the neural engine analyzes the fewest combination of long and short images, picking the best among them, selecting all the pixels, and pixel by pixel, going through 24 million pixels to optimize for detail and low noise.

So, if you have an iPhone 11 model, your photos are about to become that much more realistic and detailed, which is always good news. But there are plenty of other features in iOS 13.2 that people without iPhone 11 models can look forward to, as well.

These additions include 70 new emoji, according to Engadget, as well as new Siri privacy settings and an option for Siri to announce messages to you through your AirPods. But if you really want Deep Fusion and don't have an iPhone 11, you can read this explainer on the differences between each of the three models for the iPhone 11, so that you can make an informed decision about which one is right for you.