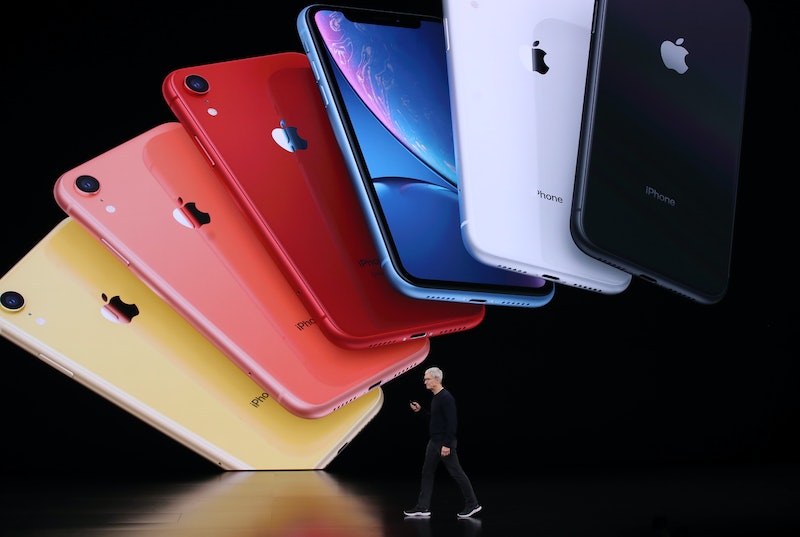 Well, they’re finally here — or, at least, almost here: The three new 2019 models of the Apple iPhone have just been announced. If you’re subsequently wondering exactly which iPhone 11 to get, though, it’s worth wading carefully through all the bells and whistles of each model and holding them up against what you actually need from your device. (The two are not always the same.) That includes price, by the way; iPhones are never cheap, but there usually are less expensive models and pricier ones — and the iPhone 11 is no different. Here’s what to consider when figuring out which iPhone — 11 if any — is right for you.

The three new models were announced at Apple’s big fall event on Sept. 10, 2019. Held at the Steve Jobs Theater on Apple’s Cupertino, Calif. campus, the event served — as it always does — as the launch for a number of new Apple products arriving in the extremely near future. The Apple iPad's seventh generation has been revealed, for example, as has the fifth series of the Apple Watch. For ride-or-die Apple users, these upgraded devices are no doubt welcome additions to the lineup, indeed.

But the big ticket item of Apple's annual fall event is typically the new iPhone models — and 2019 is no different: The iPhone 11, iPhone 11 Pro, and iPhone 11 Pro Max have all now officially been announced.

Rumors about the iPhone 11 range have been floating around for months, but now we’ve finally got confirmation about what these new phones will actually include. As the rumors predicted, all of the phones will ship with iOS 13 and will featured the new A13 Bionic processor, as well as larger batteries that allow for longer battery life, improved Face ID capabilities, and wireless charging. None of the devices, however, will feature 5G or foldability, nor has the Lightning connector been jettisoned. As Tech Radar noted earlier today, these features likely will come to the iPhone eventually — but not until sometime in the future.

The iPhone 11 options will be available for pre-order on Sept. 13 starting at 5 a.m. PT, with the actual release date arriving not too longer after on Sept. 20.

The three devices do differ quite a bit, though — the details of which are, of course, the best way to figure out which device is going to be the most useful for you versus which ones might be too little or too much. Here’s what to know about the three new phones:

In what might be disappointing news for some, there actually aren’t that many changes between last year's iPhone XR and the iPhone 11. The 11 will still feature a 6.1 inch LCD screen (what Apple calls the "Liquid Retina Display"), for example, as opposed to the fancy new OLED one higher-end iPhones tend to have these days. Made of anodized aluminum and glass, the device comes in six colors: purple, white, yellow, green, black, and red. Other details include haptic touch and spatial audio (plus Dolby Atmos!) for immersive sound.

The big upgrade, though is the iPhone 11's camera setup: A dual camera system will up the ante for the rear-facing camera, with two sensors — a 12MP wide camera and 12MP ultra-wide camera — giving the lower cost option in the iPhone 11 line the same perks the high-end X and Xs models had in the previous generation. There's also now a night mode that comes on automatically when you're shooting in low-light environments; when the devices senses the mode is needed, it will activate, brightening up the lighting and reducing visual noise. In terms of video, 4K resolution at up to 60 frames per second will be possible across both cameras. Meanwhile, the front-facing camera — what Apple calls the True Depth camera — will get a boost from 7MP in the XR generation to 12MP in the iPhone 11. It will also now be capable of shooting video in slow motion, which Apple seems to hope will lead to the widespread use of the term "slofie" — that is, a slo-mo selfie. (Stop trying to make slofie happen, Apple. It's not going to happen.)

Perhaps most notable, though, is the price: The iPhone 11 will start at $699 and scale accordingly depending on factors like storage space. That's about $100 cheaper than the iPhone XR was upon its debut last year, which, y'know, is something worth writing home about.

The successor to the iPhone Xs, this model will feature the OLED display that the Xs and Xs Max both sported — the benefit of the technology being that the colors are more vivid and the images better quality on an OLED display than they are on an LCD one. The display, which Apple has dubbed the Super Retina XDR display, measures 5.8 inches on the iPhone 11 Pro. The device itself, meanwhile is made of stainless steel and a single piece of machine glass available in four colors — midnight green, space gray, silver, and gold — all in a luxe yet sedate matte finish.

But the three-camera array is the star of the show here. While the 11R will be receiving a dual camera system for the first time during this round of new releases, the Xs and Xs Max have both already been equipped with two rear-facing cameras — one wide angle and one telephoto — since debuting in 2018; so, the 11 Pro and 11 Pro Max are getting an upgrade in the form of an additional camera sensor.

On the iPhone 11 Pro, the rear-facing camera system will have a 12MP wide sensor, a 12MP telephoto sensor, and a 12MP ultra-wide sensor — the ultra-wide camera being the new one. These three cameras, combined the A13 Bionic process, yield pro-quality photography fitting of this iPhone model's name.

The three-camera array will also provide significant benefits for capturing video. Indeed, the idea is for the new system to get the iPhone’s camera as close to that of a professional video camera as possible. As is the case with the regular iPhone 11, all three cameras can shoot at 4K resolution and up to 60 frames per second.

Prices for the iPhone 11 Pro start at $999 and rise depending on storage space, etc.

Lastly, we have the iPhone 11 Pro Max — the new generation's equivalent to last year's iPhone Xs Max. The main draw here is the size: The model will feature the same upgrades that the iPhone 11 Pro will, including the three-camera system and the colorways; the device itself will just be substantially larger. With a display measuring 6.5 inches, it's got an additional 0.7 inches on the iPhone 11 Pro's display.

So, to sum up, the key factors consider when deciding which iPhone 11 model suits your needs include camera system, display size and technology, device material, and, of course, price. Along those lines, it's worth noting that bigger (or, more accurately, more expensive) doesn't necessarily equal better in this case; when it came to the iPhone X models, Raymond Wong of Mashable came to the conclusion that the iPhone XR — not the Xs or Xs Max — was not only suitable for just about everyone, but also probably the best option for most people, including plenty of bells and whistles and excellent performance at a lower price than the two higher-end models.

But regardless, you do you, as they say. If you're in the market for a new device, the iPhone 11 models will all become available for pre-order on Sept. 13 and will ship on Sept. 20. Happy shopping!