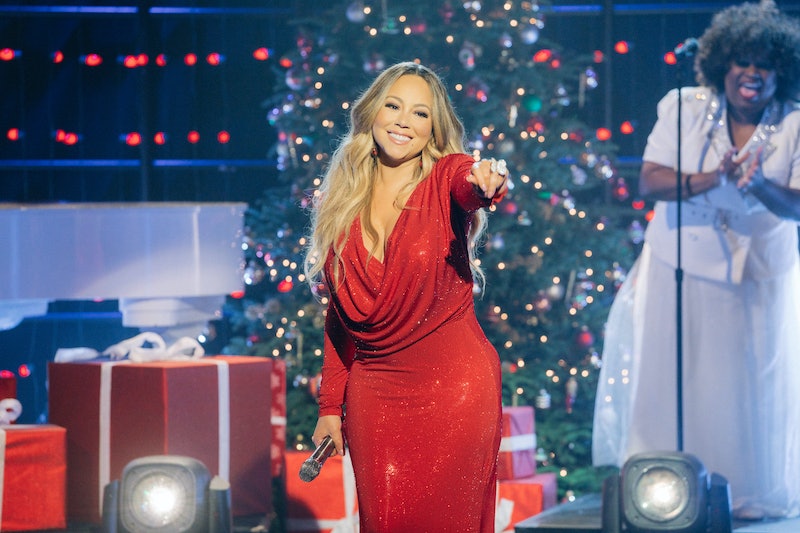 The time is nigh to bring glad tidings and gifts for the one true reason for the season: Miss Mariah Carey. In honor of the 25th anniversary of the singer’s iconic Christmas album, Instagram is partnering with Mariah Carey to launch an “All I Want For Christmas Is You”-inspired Instagram filter. It’s celebratory! It’s silly! It’s Mariah freakin’ Carey!!!

The “All I Want” custom Instagram effect features the eponymous song, of course, and an automatic zoom that occurs when the song reaches the “YOUUU” part of the chorus. It’s most likely going to be your go-to filter for the rest of December, so here’s how you use it:

In addition to the song and the auto-zoom, the effect featuring falling gold snowflakes and a face filter that will make you, in the words of the 2001 Mariah Carey vehicle, Glitter.

Instagram suggests using the “All I Want” effect on “your selfie, your friend’s goofy face, your hot chocolate, pets.” These are all fine options, but if you need a few more suggestions, fear not. I’ve got you covered. Here are eight other things on which you can use the “All I Want For Christmas Is You” Instagram effect.

Despite consistently being one the most listened-to Christmas songs, “All I Want For Christmas Is You” only just hit number 1 on the Billboard Hot 100 this year. 25 years overdue, Mariah Carey’s iconic Christmas song finally charted at number 1, according to Billboard. Even though it is on yours, mine, and every mall’s holiday playlist and the fact that it even set the one-day streaming record in 2018, as Billboard reports, 2019 marks the first time the quarter-century-old song became a number 1 hit. Apparently, we collectively were like “I don’t know her” despite streaming the song constantly.

Mariah Carey also just released merch on her Instagram Shop in celebration of her Deluxe Anniversary Edition album. The album will feature the well-known classics from her 1994 album Merry Christmas and will also include a few bonuses including re-recordings of a couple of her iconic holiday hits.

If you’re looking for the perfect way to pass the time while holiday traveling or want an activity that truly anyone can enjoy, Instagram’s new “All I Want For Christmas Is You” effect will be the seasonal salve you seek.