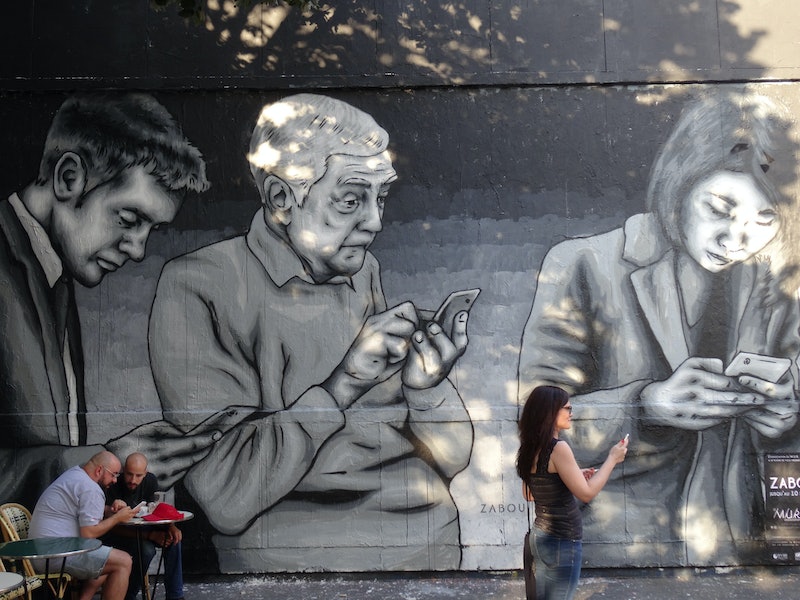 Have you ever heard the phrase, "everything in moderation?" It's often used in conjunction with activities like drinking alcohol, eating junk food, and watching TV — but have you ever wondered how to use social media responsibly? Because social media is a new phenomenon in the last 15 years, the effects of long-term exposure haven't yet been studied in depth. However, a new study published in the American Journal of Epidemiology found that "liking" people's posts on Facebook, and clicking links posted by friends, was associated with worse reports of mental health, physical health, and life satisfaction.

Now, before you delete your social media accounts, let's go back to that "everything in moderation" thing. In an article on Live Science, Thomas Valente, a professor of preventive medicine at the Keck School of Medicine at the University of Southern California who was not involved with the current study, said that a certain amount of "social media activity and communication over social networking sites is beneficial, but too much probably gets you in trouble."

But, there is good news: Millennials are not the generation most addicted to social media. That honor goes to Gen-Xers. According to a new Nielsen report, Gen-Xers spend almost seven hours a week scrolling while Millennials spend closer to six and a half hours on social media.

But, how much is too much? Let's look at it like this: Mainlining tequila is probably going to give you a hangover, just like spending hours scrolling through social media is most likely going to leave you feeling sad, lonely, or depressed. The solution is to use social media responsibly, just like you would tequila. Here are seven tips to becoming a more responsible social media user.