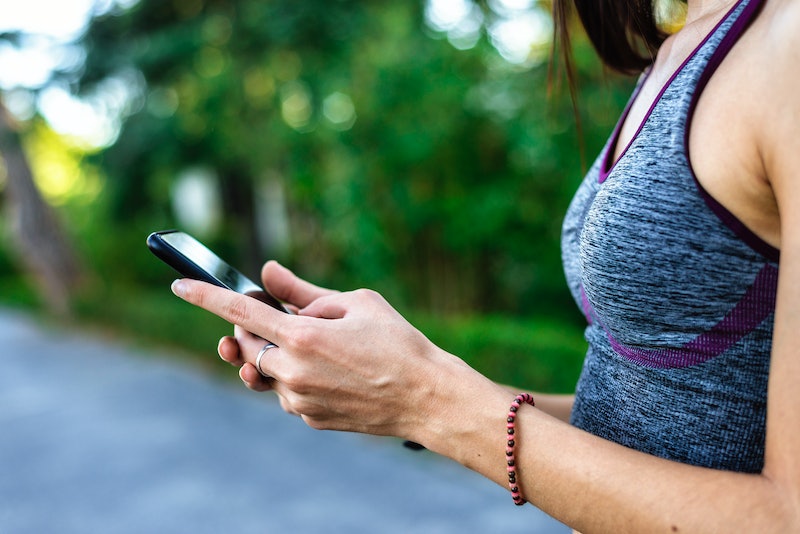 Your Twitter timeline is about to become so much more personalized. The social media platform began rolling out a new feature on Nov. 13 that allows you to see all of the top Tweets pertaining to certain "Topics" that you may be interested in. So now, in addition to following other people, you can use Twitter Topics to follow the subjects you care about most. And all you have to do is search for a Topic, and then click to follow it.

"It can be overwhelming to discover new and interesting conversations about what you like because there are so many taking place at once," the company wrote in a press release on Nov. 11. "Often, you just want to see the best Tweets about what’s happening on the things that matter to you." By creating Topics, Twitter reports that it is making it easier for users to follow conversations that they think are the best or most interesting. Following the rollout of the new feature, users are now able to keep up with conversations about specific Topics the same way they would follow other users. And based on the Topics you tend to follow and what you usually search for on the app, Twitter will also suggest other Topics you might be interested in.

In the past, if you really cared about a specific subject — whether it was sports, politics, or art — you would either follow people who were highly involved in these subjects or you'd hunt for several hashtags that might be relevant to them. But there are a few issues with these methods if you're just trying to look for something specific and want to get to the point. Firstly, following people means having to potentially sift through Tweets that have nothing to do with your area of interest. For example, athletes don't only tweet about their sports teams and artists don't only tweet about their work. Although you might enjoy following these accounts, sometimes you may want to be able to just focus on the topic you're interested in.

If you search for different subjects or discussions through hashtags instead, it could be a lengthy process considering how many different hashtags may exist for each subject, Engadget points out. But with Topics, everything you're specifically looking for will now be organized right there on your timeline, and available to manage in your sidebar.

Whichever Topic you choose to follow will prompt your timeline to be filled with Tweets from several other accounts who are just as interested in the Topic as you. The company states these accounts will include "experts, fans or just [accounts that] tend to talk about that thing a lot on Twitter." And because Twitter Topics are meant to evolve as the app gets to know you and your searches better, your Topic results will only improve over time, the company reports.

While iOS users already got a sneak peak of Topics in the sidebar of their apps, Android and Web users didn't get the feature til Nov. 13, according to Mashable. But now that the feature is out and fully functioning, everyone can take part in organizing their favorite topics and staying in the loop.