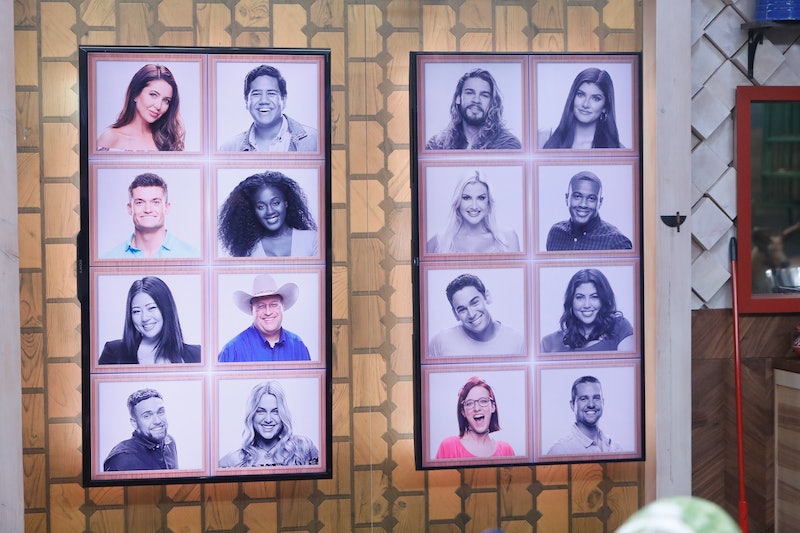 Summer is almost over and so is Big Brother 21. On Wednesday, Sept. 25, a winner will be given $250,000 and the runner-up will be awarded a consolation prize of $50,000. But those aren't the only cash prizes available during the finale. You can now vote for America's Favorite Houseguest on Big Brother 21 to give your fave player a shot at $25,000.

To cast your vote, visit the Big Brother site linked here. Any of the players from this season are eligible for the prize. That means you can vote for pre-Jury houseguests, Jury houseguests, and even the Final 3. Last season, Tyler Crispen won the second place prize of $50,000 as well as the America's Favorite Houseguest title. So it's possible for Nicole, Michie, or Holly to walk out with an even bigger prize on Wednesday if they get first or second along with the Favorite Houseguest win.

According to the BB voting site, fans can cast up to 10 votes per day, and voting will be live until the morning of the finale. The contest closes on Sept. 25 at 12 p.m. ET. If you cast all 10 of your votes every day until then, you can send a total of 70 votes towards your favorite player. Votes can also be split between multiple houseguests if you're torn between two or more of them. But since BB is a game of strategy, it might be more effective to just stick with one person and put all your energy towards that.

Big Brother 19 player Jessica Graf was well aware of the pitfalls of splitting votes on her season. Since she'd been sent home pre-Jury, she campaigned on her social media accounts for fans of #Jody (the couple name for her and Cody Nickson) to rally behind just one of them. She asked viewers to direct all the votes they would give her to Cody instead. Thanks in part to her campaigning, Cody did end up winning America's Favorite Houseguest that season. He seemed completely shocked when Julie Chen announced his prize.

Tyler was equally surprised when he won, in large part because he was convinced that fans hated him. "That was the biggest shock for me," Tyler told Entertainment Weekly about winning the title. "And that honestly feels like a win. Honestly. I really was so worried this whole season that America hated me. I thought I was going to be the most disliked houseguest in there." He said that he worried fans would look down on his gameplay for being "sketchy," but said he was just playing the the best way he knew how.

"I felt like I just stayed true to myself," he continued. "I kept my secrets, I kept other people's secrets. It's a really good feeling to know America had my back, I guess. It's surreal."

So whose back will America have for BB 21? Now that Nicole stands pretty much no chance of making it to the Final 2, winning America's Favorite Houseguest is a pretty good consolation prize. Sure enough, she's currently leading the America's Favorite Houseguest poll posted by fansite Big Brother Daily. Right behind her are Tommy, Kemi, Kat, and Cliff. The official winner will be announced live during the Sept. 25 finale. Until then, get to voting.