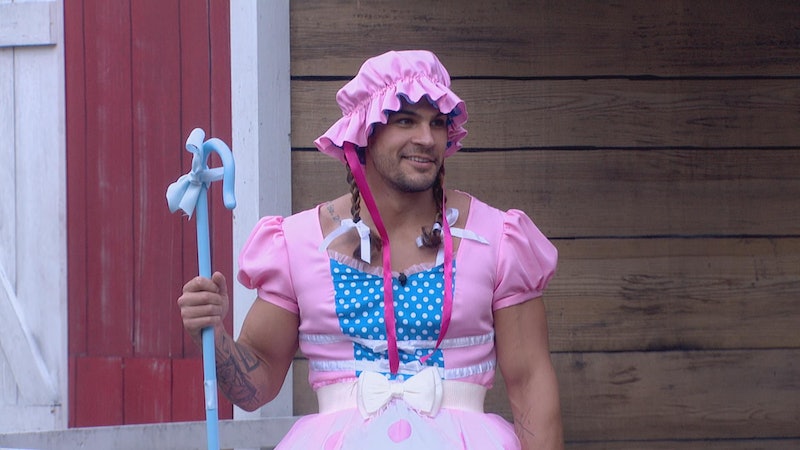 Big Brother fans are usually stuck just watching things play out on the feeds or on the CBS episodes, but now they can get in on affecting the game. A new Big Brother 21 twist called America's Field Trip will allow fans to vote to send three players into a special competition. The outcome will drastically change those three players' games, so fans will want to vote here for America's Field Trip, and vote wisely.

As Julie Chen explained on the Aug. 1 show, viewers will be able to vote for the next eight days until Aug. 9 at noon ET. That means that the twist won't affect this upcoming week of gameplay, but it will affect the next one. Viewers get 10 votes per day, which they can spread amongst multiple houseguests or use on just one.

At the end of voting, the three houseguests with the most votes will compete in a special competition. There's a huge prize for the winner, but also two punishments for the people who aren't victorious. As Chen explained, the winner will receive safety for the week. But the second place houseguest will receive a punishment (likely in the form of a costume like Christie and Tommy had last week). And the stakes are really high for whoever loses the competition, because they're going up as a third nominee and could potentially get evicted.

The prizes and punishments aspect of the twist make it extra interesting. You could vote for three houseguests you want to see go home, knowing that at least two of them will be punished. Or, you could vote for someone who you want to try to give safety to. You just have to remember that if they don't win — your favorite could go home. Because there are two bad outcomes and one positive one, it may make the most sense to vote for someone you don't like, and then hope they don't win.

Big Brother Daily is running a poll to see who fans are going to vote for. As of publishing, the top three contestants in the poll are Jack and Jackson aka Michie with about 1500 votes and Christie with about 1000. It seems that the fans' strategy may be to target the Six Shooters alliance with this voting power.

Of course, just because someone goes on the block, that doesn't mean they'll go home. With three nominees on the block, anything could happen. The HoH likely won't appreciate the hijacking of their noms, though. It'll be interesting to see when the houseguests find out about this twist. Will the HoH have to make noms beforehand? Or will they be blindsided when an extra nom is added later on? That timing affects the game as well.

Basically the fans are about to have a huge impact on the game two weeks from now, and the voting begins ASAP. Go use your 10 daily votes the most strategic way you can on the CBS site now through Aug. 9 at 12 p.m. ET.