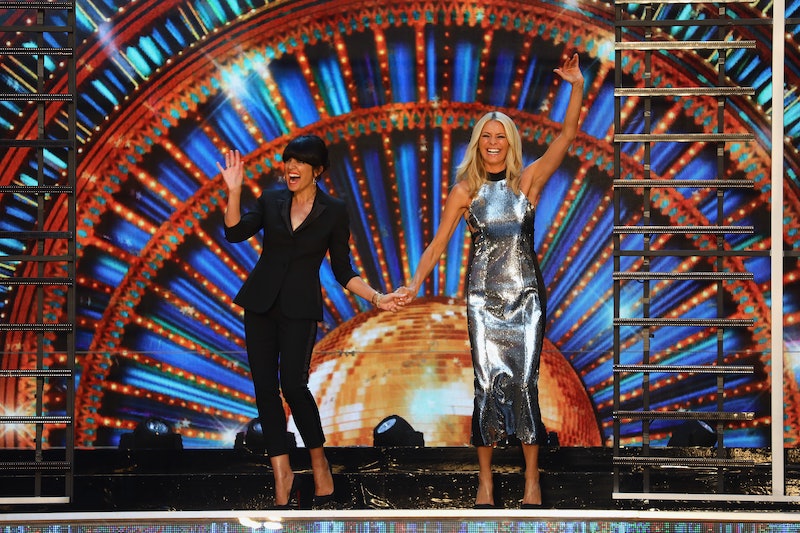 Strictly Come Dancing is finally back with a brand-new series that I’ve been practicing my best jazz hands for. After months of speculation, we finally know who’s going to be sashaying and spinning their way across the stage this time round. From activist Katie Piper through to Blue's Lee Ryan, I’ve been poring over the range of celeb names and replaying the launch episode to figure out who I’m backing this series. And that brings me to something vitally important: namely, how to vote in Strictly Come Dancing 2018.

In previous years, Strictly stans have been able to vote online or via telephone for their favourite ballroom hopeful. Although the voting guidelines for the newly launched sixteenth series haven’t been officially announced, I’m figuring that it’s not going to be that different from how we voted in previous years. So, I’ve put together a little guide on how to be a good stan and vote for your Strictly fave based on the show's 2017 guidelines — though I’ve reached out to the Strictly team just to make sure there isn’t a big shake-up.

Last year’s Strictly series invited fans to vote either online or by telephone, to make things as easy as possible for you to support the contestants. If you’re keen on voting online, all you have to do is log into the BBC’s official website with your personal account — it’s the same one you’d use if you were were on the site to catch up with anything on iPlayer. If you don’t have an account however, it’s pretty quick and easy to register for one here.

After that, you’ll have to head to Strictly’s official BBC page. Obviously, you can only vote when the polls are open and when they are, there's going to be an option to vote for your favourite couple at the top of the site. All you have to do is tick your king and queen and hit a button to submit your vote.

It’s also worth remembering that you can vote more than once! You can vote a maximum of three times, just in case you’re torn between a few contestants. Or, maybe YouTuber Joe Sugg’s salsa really just blew your mind and you need to give him some extra votes.

If your wi-fi isn’t working, you can also vote via telephone. I know, I know — actually picking up the phone and calling anybody nowadays feels like such a mission. However, voting for your favourite contestant on Strictly is more than worth the effort. As with previous cycles, it’s likely that you’ll be able to vote by ringing a phone number listed on Strictly’s official website and mentioned in the show.

There’s usually a dedicated longer phone number specifically for people voting from a landline and a shorter one for those ringing from a mobile phone, which you can find on the show or online. They’ll also reveal when the lines are open — sadly, if you vote outside of those hours then your vote won’t be counted.

Just a little heads up as well: last year, Strictly said on its official website that ringing the short number from your mobile "should cost less than calling the long (11-digit) number" — so don’t get the landline and mobile numbers mixed up.

Sadly, you can’t text your vote in just yet.

If you happen to be a Brit abroad or a Strictly stan who lives overseas, unfortunately you won’t be able to participate as only votes from within the UK (as well as the Channel Islands and Isle of Man) will be counted. You’ll just have to get somebody here to do it for you.

After voting closes for the week, both the online and phone results are combined to create a final number for the public vote. And then, after that, there’s even more maths involved as that number is then mixed up with each contestants’ judging score — which is what they’re assessed on during the show. In the rare case that there’s a tie, the contestants will then be judged on who had the higher public vote.

So, if you’re sitting at home and wondering if it’s even worth voting at all, do it — it takes like three seconds. You never know when your favourite might need you.

The second episode of Strictly Come Dancing 2018 will air on BBC One this Saturday at 6.15 p.m.