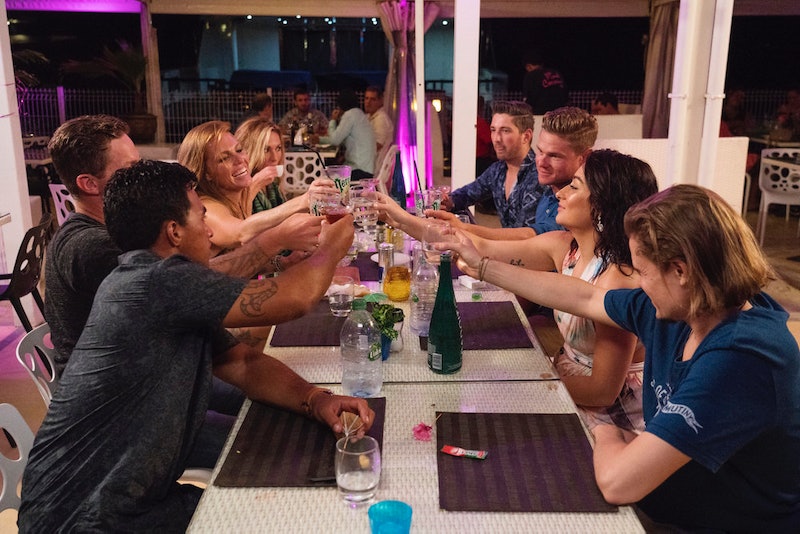 Queer Eye (the original), Vanderpump Rules, and The Real Housewives franchises are just some of the reality TV excellence to have emerged from the Bravo universe, and the U.S. network's Below Deck has become yet another success story following its 2013 debut. The series follows the chaotic lives of crew members who work and live on glamorous mega-yachts during peak charter season, and the series has back come back for a 7th run over in the states. So, if you want to know what all the fuss is about, here's how to watch Below Deck season 7 in the UK.

Good news reality fans, because Below Deck season 7 is available to watch in the UK, however, you will require a subscription to get your hands on the new series. You can find all seven seasons of the Bravo hit on the reality-centric streaming service Hayu, which after a 30-day free trial, will set you back £4.99 per month. Alternatively, you can find Below Deck seasons 1-7 on Now TV via the £3.99 a month Hayu Pass, and on Amazon Prime Video, which existing Prime members can access for free — however, if you're yet to sign up, you can expect a monthly payment of £7.99.

Below Deck has also previously aired on ITVBe, so fingers crossed the U.S. series returns to the channel sometime in the future.

Below Deck's "sizzling" 7th season will see the crew head off to a brand new location, and although summer might be over, drama on the high-seas is about to heat up. Returning once again to lead the crew is Captain Lee, who will preside over a season of romance, partying, and demanding charter guests. Also returning in the new series is chef Kevin Dobson, second stew Simone Mashile, third stew Courtney Skippin, deckhands Tanner Sterback and Abbi Murphy, lead deckhand Brian de Saint Pen, and chief stew Kate, who described the Below Deck season 7 cast as being "the most attractive deck crew" ever. Throughout the show's latest run, the Below Deck cast will reside and work on the mega yacht Valor, and for the first time in the show's history, the crew will make their way across the shores of Thailand.

According to Vulture, Below Deck producers Courtland Cox and Mark Croning previously revealed that Downton Abbey is what initially inspired Bravo's reality hit. The show-makers revealed that the ITV drama was extremely popular during Below Deck's early conception, and added that Downton Abbey's upstairs-downstairs culture was mirrored within the world of yachting. Following the show's 2013 premiere, Below Deck went on to become a ratings smash for the U.S. network, and even bagged its very own spin-off Below Deck Mediterranean — which enjoys similar success to its parent series. However, casting for the show hasn't always been straightforward, and Cronin previously discussed why thats the case. He said, "Below Deck’s producers couldn’t just hire any unhinged extrovert eager for fame. You can’t fake being a yachtie, because it’s a tough job."

You can watch Below Deck season 7 on Hayu, Amazon Prime Video, and Now TV.