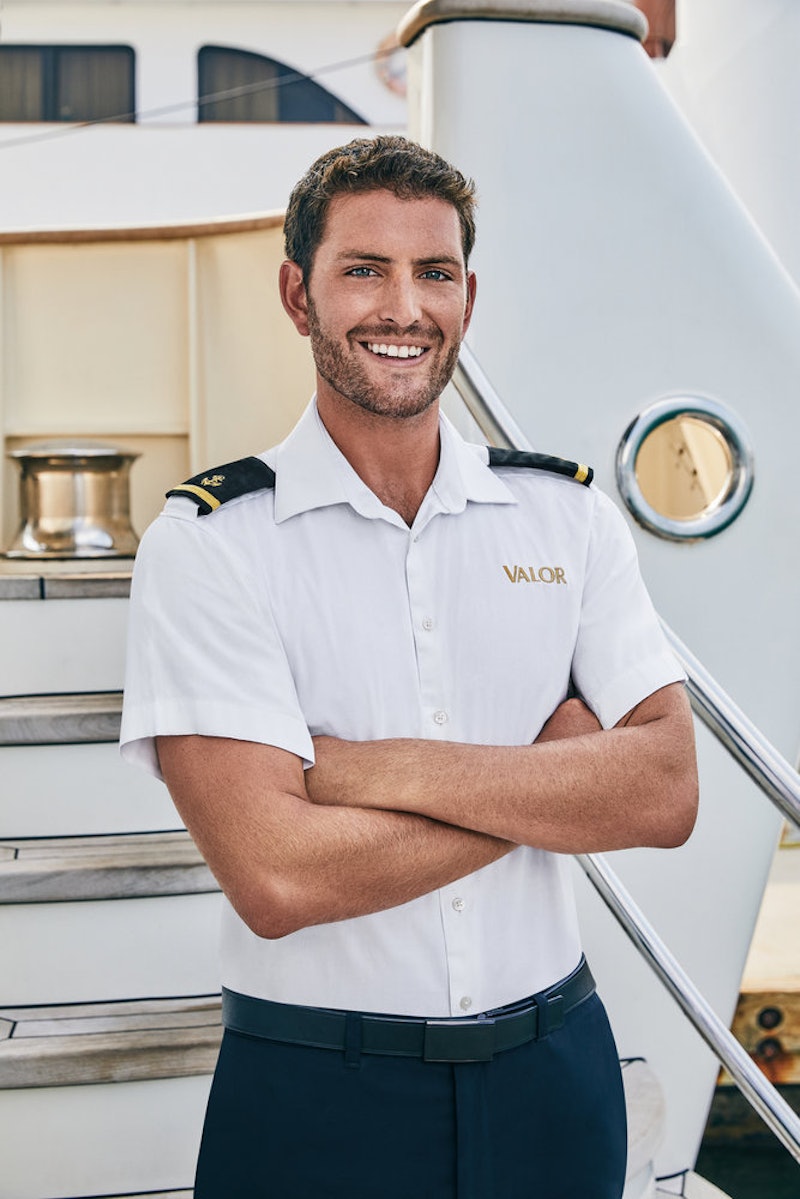 Below Deck is a show about crew members who work hard and play harder. One person who seems to embody that mindset is Tanner Sterback, a deckhand on Below Deck Season 7. The new cast member hasn't said much about his time on the show, but in October, he did tell Newsday, "I tend to party a little bit harder than most of the crew. You know, being raised out here and having Fire Island as your backyard, you know how to have a good time."

By "Fire Island," Tanner was referring to the popular summer destination off the shore of Long Island, New York. According to his Bravo bio, Tanner is from Sayville, which is only about 30 miles away. He went to college upstate at SUNY Plattsburgh, then moved to California to live with his grandma after he graduated. "My older brother, Chris, was out there also," Tanner explained to Newsday. "He's a bit of a free spirit, and during his travels he met people in the yachting industry and told me about it."

Still, Tanner didn't actually get into the industry until 2016, when his parents retired in Pompano Beach, Florida. "I flew down there and took the classes and began a career in yachting," he continued.

Now, that career has led him to Below Deck, which filmed in Thailand for Seasn 7. "That was the farthest that I've been away from home." Tanner told Newsday. "I'm hanging in one of the most beautiful places in the world and getting paid to do it."

Here's what else you need to know about Tanner ahead of the season.

Thailand may have been the furthest Tanner has been from home, but he's still pretty well-traveled. He recently dressed up for Oktoberfest in Munich, Germany and visited Amsterdam with friends. And in 2018, he vacationed in Russia and St. Lucia, among other locations.

He Used To Model & Act

While he lived in California, Tanner made a go at acting and modeling. "I have always been interested in becoming a model and getting into the business. Willing to start anywhere and excited to start something new," he wrote on his StarNow page. He also listed "Australian," "UK English," and "New York" among the accents he can do, so maybe he'll bust one of those out on Below Deck.

According to the official website for the Plattsburgh State Cardinals, Tanner was a defensive player on his college lacrosse team. He also coached the junior varsity team at Cardinal Newman High School in Santa Rosa, California. And when he was in high school, he played lacrosse, football, and basketball.

He Loves His Dog

Tanner's Instagram is a great place to look for premium dog photos. His dog, Tito, seems to come with him on a lot of trips, and has enjoyed taking naps on beaches all around the world, from New York to Costa Rica.

He Is Close With His Family

In between the yachting and traveling, Tanner spends time with his family, specifically with his grandmother Ruth and his niece Penelope.

He Is Used To Boat Drama

Below Deck fans are accustomed to drama between the crew members and the charter guests. However, Tanner experienced yacht controversy of a different variety: a boat he worked on got seized by the feds. Tanner told Newsday, "I was so excited because out of the group of friends I made in the classes, I was the first one to get a permanent job. And then I was only on it for six months until [the boat] got seized."

Hopefully, his time on Below Deck will go a lot smoother.

More like this
'Bachelorette' Vet Clare Crawley Revealed Her Stunning Wedding Photos
By Stephanie Topacio Long
Rachel Responded To 'Bachelor' Fan Theories About Her TikTok With Clayton
By Grace Wehniainen
Erika Jayne's Estranged Husband Tom Girardi Has Been Indicted On Fraud Charges
By Jake Viswanath
Everything To Know About 'RHOSLC' Season 4
By Jake Viswanath
Get Even More From Bustle — Sign Up For The Newsletter
From hair trends to relationship advice, our daily newsletter has everything you need to sound like a person who’s on TikTok, even if you aren’t.