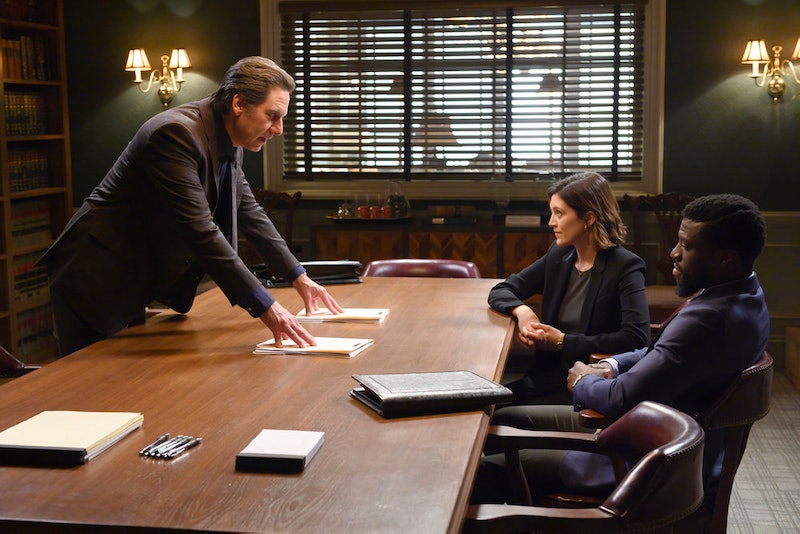 American legal drama Bluff City Law follows the story of an elite law firm in Memphis, Tennessee, which specialises in some of the most controversial civil rights cases. The U.S. series stars the Emmy Award-winning Jimmy Smits as Elijah Strait — a highly-respected lawyer who bounces of his equally brilliant daughter. So, if you're hoping to discover what all the fuss is about, heres how to watch Bluff City Law in the UK, because you don't want this brand new stateside drama to pass you by.

Unfortunately, there is yet to be an announcement regarding Bluff City Law's arrival in the UK. I have reached out to NBC for comment, and will update with any new information once it becomes available.

As reported by Deadline, the cast of the U.S. legal drama includes Jimmy Smits, Caitlin McGee, MaameYaa Boafo, and many more. The series is based within an upper-tier Memphis law firm that is known for tackling some of the most high-profile civil rights cases, and is led by Elijah Strait, who is recognised as one of the most accomplished lawyers of his generation. Strait works alongside his extremely intelligent daughter, Sydney Keller, who left her corporate career behind in order to work with her father on cases that she believes can make a significant impact on the world. However, whilst taking on some of the toughest David-and-Goliath cases, the father-daughter duo struggle to navigate their often complex relationship.

Smits and McGee have previously discussed the dynamics of their on-screen relationship, and revealed that inspiration for how the characters are portrayed arose from a real life father-daughter lawyer duo. During an interview with E! News, the Bluff City Law stars also had nothing but kind words for one another, and when commenting on his co-star, Smits revealed, "I just feel like on a daily basis I'm blessed in so many ways. I have a wonderful scene partner. I look in her eyes, or I'll grab her hand...it kind of levels you out."

As reported by Variety, the first season of Bluff City Law was recently given an extension following NBC's request for six additional scripts, which took the show's planned debut up to 19 episodes. When speaking at the show's Television Critics Association press tour panel, producer Dean Georgaris revealed how the drama will explore some of the biggest topics being discussed in the U.S. today — including mass incarceration, the opioid crisis, immigration, and taking on large insurance companies. Whilst on the panel, Georgaris shared that Bluff City Law will feature questions that are "fundamental to the human experience," and went on to add "I don’t want to say we’ll rip from the headlines…but issues like free speech, privacy are things that we’re talking about right now. Every week we’ll be taking those on, and sometimes from a more comedic perspective."

Although viewers in the UK could be waiting for quite some time before Bluff City Law makes its debut, it sounds like we have a lot to look forward to, and I cannot wait to delve into this brilliant new U.S. drama.