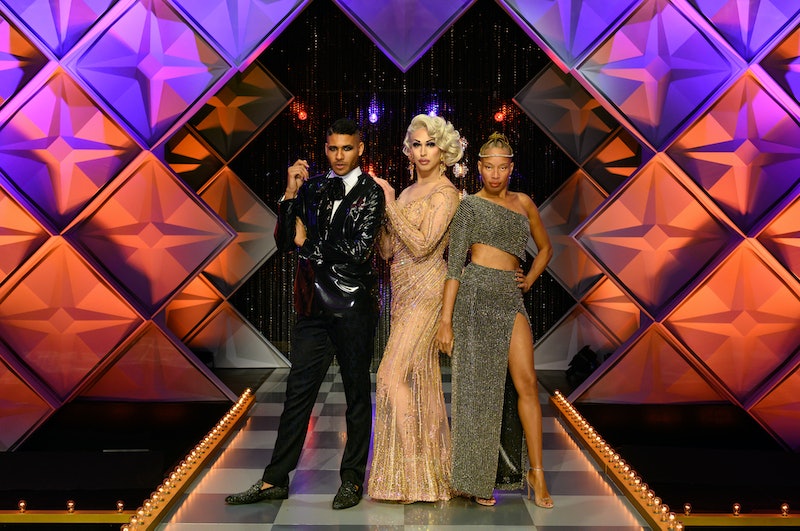 After more than a decade on the air and multiple successful spin-offs, the Drag Race phenomenon is showing no signs of slowing down. Now, the hit reality-competition has made it's way over to Canada, and a sickening new lineup of queens are ready to battle it out to become "the queen of the North." Luckily for us UK fans, Canada's Drag Race is coming to BBC Three soon, and here's everything you need to know about the new series.

When Does 'Canada's Drag Race' Air?

Canada's Drag Race will begin airing every Friday on BBC Three as of Friday, July 3.

What Is The Format Of 'Canada's Drag Race'?

Brought us to by the makers of RuPaul's Drag Race, the Canadian spin-off follows a very similar format to the original series, combining elements of both the hit U.S. and UK versions.

In a bid to be crowned "Canada's First Drag Superstar," twelve of the country's most vibrant queens will battle it out in a series of weekly challenges, serve their finest drag looks on the runway, and showcase their charisma, uniqueness, nerve and talent in order to avoid the dreaded elimination lip-sync.

Despite adhering to the standard Drag Race format we all know and love, fans can look forward to a fresh take on the groundbreaking franchise, which this time aims to celebrate Canadian LGBTQ+ culture and the country's thriving Drag scene.

Who Are The 'Canada's Drag Race' Judges?

The judging panel is described as a fierce combination of sharp wit and drag knowledge, and the three permanent judges will be joined by a string of exciting celebrity guest hosts throughout the competition.

Although not appearing in the new series herself, Mother Ru has given the Canadian spin-off her seal of approval, and commenting on the show's BBC Three debut, RuPaul said "Canada’s Drag Race airing on BBC is further proof that self-expression, creativity and the tenacity of the human spirit resonates around the globe."

Elsewhere, BBC Three Controller, Fiona Campbell, expressed her own excitement surrounding the upcoming spin-off, and revealed the broadcaster are "very excited that BBC Three will be the only place in the UK to watch the first ever Canada’s Drag Race."

"With a brilliant combination of contestants, judges and challenges, it has all the ingredients of a spectacularly fun series — get ready to fall in love with these Canadian Queens!," she added.