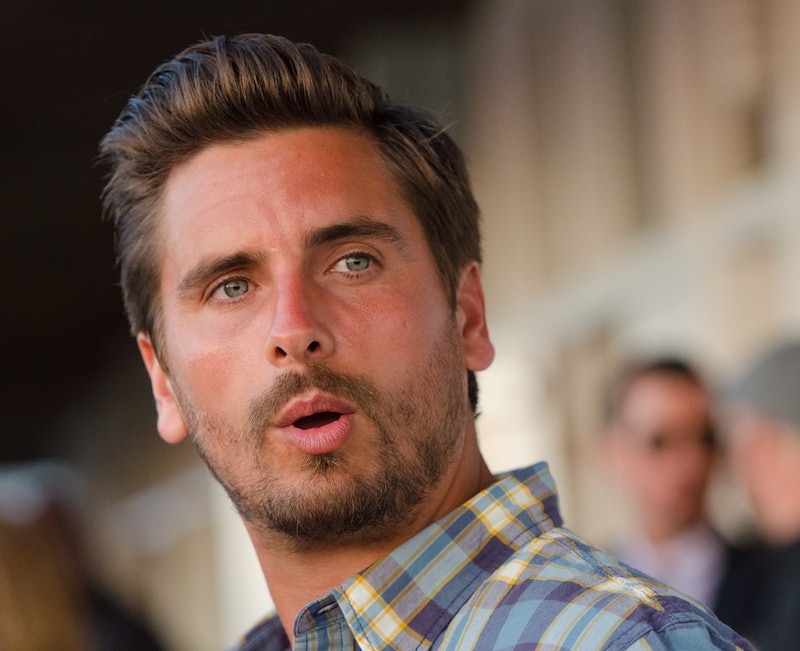 If you're a fan of Keeping Up With The Kardashians, you will no doubt also be into the numerous spin off series the creators roll out. From Revenge Body With Khloe Kardashian to Kourtney & Kim Take Miami, there have been plenty of shows available over the years to get your Kardashian fix. What's more, it was recently announced that everybody's favourite love-hate relationship with Scott Disick is about to get more intense with the introduction of his new spin off. Here's how to watch Flip It Like Disick in the UK, along with everything you need to know about the upcoming addition to the much-loved Kardashian franchise.

Let's start with what the show is actually going to be about, because I'll be honest, my mind went to all sorts of places when I read the name of it. Well, Flip It Like Disick will see Kourtney's ex partner 'flip' (AKA re-model) luxe homes for the rich and famous. Interesting.

Wondering where the idea came from? Well, according to E!, it seems his fave former sister in law (kind of) Khloe Kardashian may have inspired the move, telling him: "You know, you've transformed your whole life. Why not transform other people's houses?" She continued: "You're great at it...You won't do mine, but you're great at it."

I'm not going to lie, the trailer for this show makes it look straight-up fantastic, with Disick being his usual sassy self.

"I'm flipping luxurious, multi-million dollar homes," he announces, before going on to say he is "not your typical house flipper." No doubt.

"I'm not just selling a house here, I'm selling a dream," he finishes.

Discussing the show, Disick explained in a statement via People:

"I'm excited to bring fans a new series that shows what I'm really passionate about professionally, which is flipping real estate and doing crazy and impressive renovations on celebrity homes.

"E! has never had a show like this before. It’s a bit different than viewers are used to seeing, but I think they will be both entertained and inspired by my team."

So what can we expect from the show? Well, it's unclear whether any of the Kardashian/Jenners will be making an appearance, or whether his girlfriend Sophia Richie will be getting involved, but there will be some famous faces hitting our screens in the show, including French Montana and Steve Aoki, as shown in the trailer.