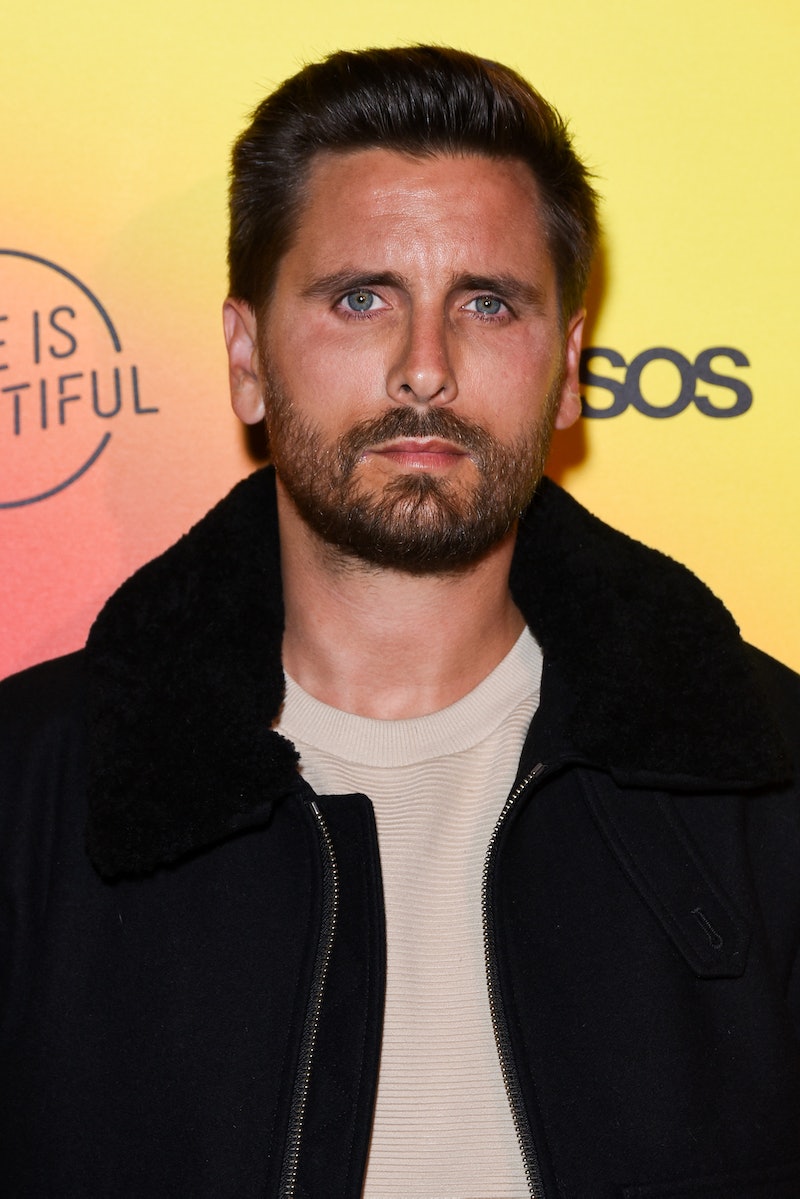 Lord Disick will soon be ruling over the renovations of other people's castles. Your first look at Scott Disick's new reality show is here. Flip It Like Disick, which was announced by People in April, will follow the reality star as he flips and remodels luxurious homes for a high-end clientele.

Some famous faces spotted in the first tease for the eight-episode series, premiering August 4, include DJ Steve Aoki and rapper French Montana. At one point in the sneak peek Aoki says, "I need the Scott Disick touch." What that exactly looks like aesthetically remains to be seen, but fans of Keeping Up With The Kardashians know Disick isn't known for his subtlety.

"I'm flipping luxurious, multi-million dollar homes," Disick explains in the trailer that shows him doing some major demolishing at one point. He later promises that he's "not your typical house flipper," which almost anyone familiar with the Lord could tell you before ever watching an episode. "I'm not just selling a house here, I'm selling a dream," Disick proclaims with his usual flair for the dramatic. However, from the looks of the business mogul's first clients, Disick must have quite the vision.

For those who never thought they'd hear Disick's name and flipping homes in the same sentence, his renovation roots run deeper than you think. His late dad Jeffrey Disick was a renowned real estate developer. Per the original People report, Disick flipped his first house five years ago and has been building (pun intended) quite the reputation as a remodeler. In fact, People reported that Disick remodeled ex Kourtney Kardashian's home in addition to building a playhouse for their children Mason, 9, Penelope, 6, and Reign, 4.

No word yet on if any of the Kar-Jenners or Disick's girlfriend Sofia Richie will be making any appearances on the series. However, People revealed Disick's remodeling team will include Willa Ford, the '90s pop star, now interior designer in addition to his best friend/business partner Benny Luciano, and long-time assistant Lindsay Diamond. The show's contractor is Miki Moor, who People described as the "all-star short-tempered contractor." So, basically expect him to clash on-screen with Lord Disick.

"I'm excited to bring fans a new series that shows what I'm really passionate about professionally, which is flipping real estate and doing crazy and impressive renovations on celebrity homes," Disick said about Flip It Like Disick in a statement via People. "E! has never had a show like this before. It’s a bit different than viewers are used to seeing, but I think they will be both entertained and inspired by my team."

Plus, fans who want to do some nostalgic digging can find old KUWTK moments where Scott expressed an interest in...handiwork of some kind? So, there's that to prepare you for your next E! obsession, too.

If there's anything Disick knows how to detect, it's a trend. (Who else remembers Scott's frequent critiques of Kardashian ensembles over the years?) And shows about flipping houses are having a moment right now. Everyone from The Bachelorette's Jojo and Jordan to Flip or Flop's Christina Anstead are planning new renovation-focused shows.

Knowing Disick's well-documented distaste for peasants, one can only assume that he'll be flipping homes fit for true royalty.