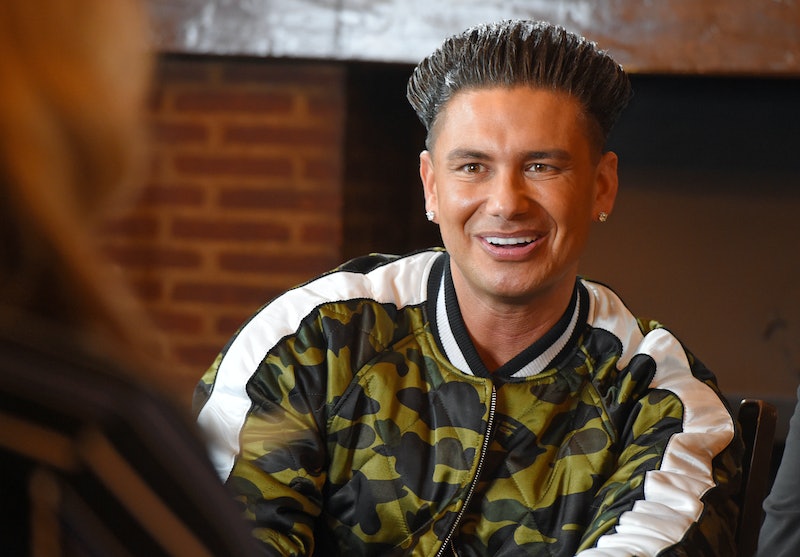 Move over Love Island and Take Me Out, because there's a new dating show in town, and it's not your usual set up. The brand new celebrity-series, Game of Clones, makes its debut on MTV over in the U.S. this week, and the show will see a string of famous faces date exact lookalikes of their very own celebrity crushes. Amazing. The lookalikes are referred to as a 'clones,' and each clone will be put through their paces in order to stand out amongst the crowd. But how can you watch Game of Clones in the UK?

As it stands there has been no official announcement in regards to a UK debut of Clones, however an official MTV press release states that "international premiere dates to follow later this year." So, those anticipating Game of Clones, can most likely expect to find it on MTV UK later in the year. I've reached out to the channel for comment on the matter, and once I have any more information, I'll update you right away. Over in the U.S., the first season will premiere on Thursday Feb. 21 at 9 p.m. on MTV, and will kick off with back-to-back episodes.

The series will last for a total of eight episodes, and according to the MTV press release, the channel "is taking the dating experience to another level with Game of Clones." The release then goes on to explain the details of the show's unusual premise. It reads: "MTV’s most eligible reality stars are given the opportunity to date seven clones of their celebrity crush. They’re forced to look beyond each identical face in hope of finding their perfect match. Through a series of compatibility tests, dates and more, each clone strives to stand out from the rest during this radical dating experience."

As reported by MTV, the all-star cast of the season is made up of alumni from some of the greatest MTV reality shows. The famous list of names in search of lookalike love includes DJ Pauly D, who previously appeared in all six seasons of Jersey Shore, as well as the The Pauly D Project and Jersey Shore: Family Vacation. Joining the legendary 'guido' is Kailyn Lowry who starred in Teen Mom 2, and Cara Maria Sorbello, Kam Williams and Leroy Garrett — each of whom appeared in The Challenge: War of the Worlds. And completing the line up are Nicole Zanatta and Derrick Henry, who each took part in The Challenge: Vendettas, and The Challenge: Final Reckoning, respectively.

If this all sounds very familiar, it could be down to the fact that there has actually been a UK edition of this series before. According to the Guardian, Game of Clones first appeared back in 2017 on E4, although the celebrity element of the U.S. version was not included in the format. If you'd like to check out the UK version, you can still do so on Channel 4's catch-up platform All 4 — and if its anywhere close to as crazy as the U.S. version sounds, I might just have to check it out.