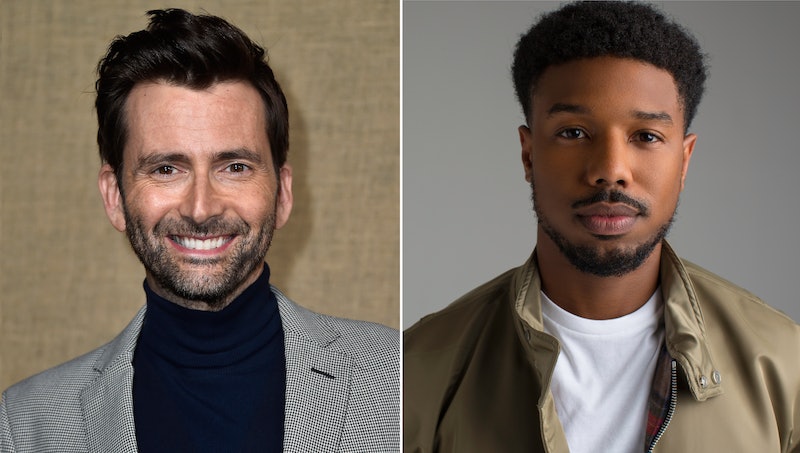 What do you get when you combine Pacific Rim, Michael B. Jordan and a dash of the spacey wacey? An animated show I haven’t stopped talking about since it was announced: upcoming web series gen:LOCK. Starring Michael B. Jordan, David Tennant, Dakota Fanning, and Maisie Williams, the animated series set against the backdrop of a futuristic earth in ruin looks like a total treat. With the eight-part series set to drop early next year, I’ve got high hopes that it’ll take 2018’s trend of stellar animated shows firmly into 2019. However, figuring out how to watch gen:LOCK is where you’ll have to start first as it’s not available through conventional means.

If you want to watch the sci-fi show as soon as it airs, you’ll have to ditch the telly and jump online. gen:LOCK is produced by a digital entertainment brand called Rooster Teeth (who you might know from their show RWBY or their massive YouTube empire) and it’ll be premiering on their Netflix-style streaming service Rooster Teeth First.

If you’ve never tried it out before, you can sign up for a free trial or pay $4.99 (roughly £4) a month to access their catalogue of shows. According to Tubefilter, the show will eventually be available on “free-to-watch destinations like YouTube” so if you’re not keen on subscribing you can try to hold out till then.

The show drops on Jan. 26 on Rooster Teeth and I genuinely don’t know how I’m going to be able to wait that long. According to the streaming service, the show revolves around “Earth’s last free society” as it fights to survive using mecha — gigantic weaponised robot bodies. With their lives on the line, a team of young fighter pilots are selected to take the helm.

Rooster Teeth’s been dropping teasers and trailers left, right and centre showing off everything from the slick animation style through to an eccentric monologue by David Tennant’s character Dr. Rufus Weller. You can see a little sneak peek above.

Cool, hey? As a major anime junkie, I’m getting major Gundam vibes from this and I just need the show to drop like yesterday. I’m also personally just over the moon that Michael B. Jordan finally managed to land an animated series, as he’s made no secret of the fact that he’s a huge anime geek too.

In a Vogue interview, he revealed that he would love to go to Tokyo and added that “anime’s the best, man.” He also wished Naruto, the lead character of one of the genre’s biggest shows, a "happy bday to the realest" on Instagram and I cackled with delight when I saw it. He’s living out his dream and I’m just so happy my future husband has found his calling.

gen:LOCK premieres on Rooster Teeth First on January 26, which can be accessed at Roosterteeth.com or via the app on iOS, Android, Xbox One and Apple TV.