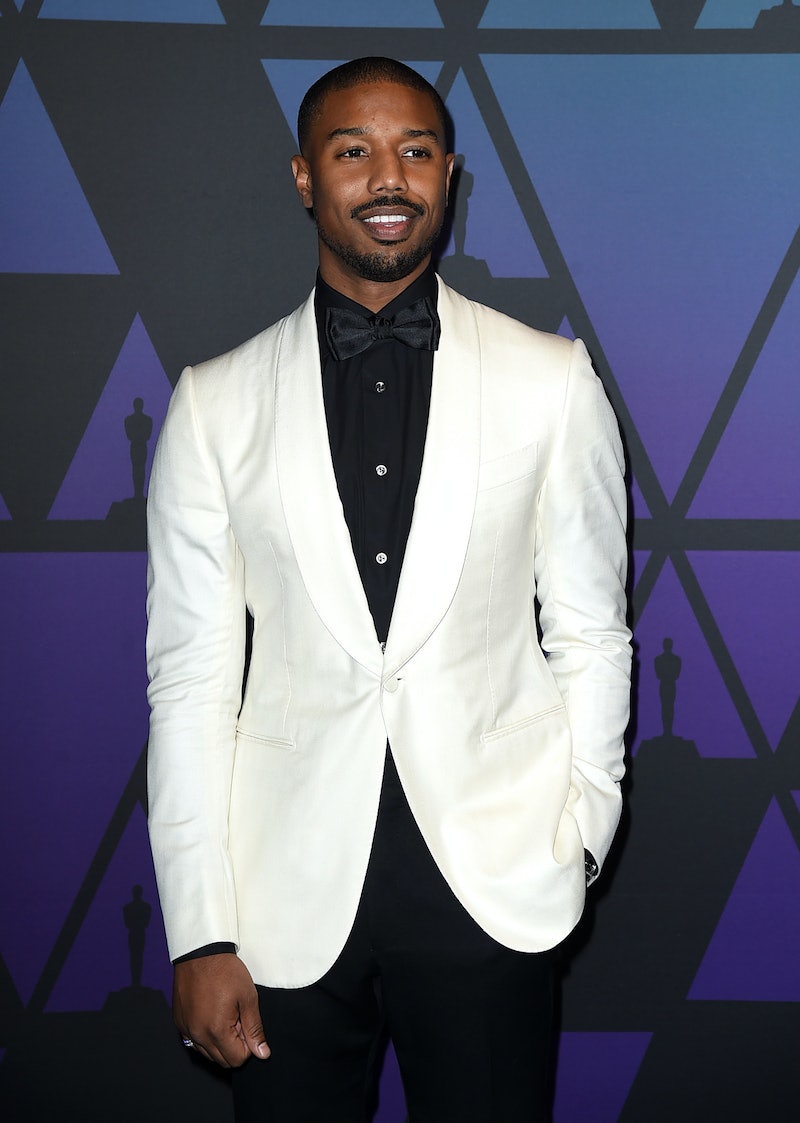 You might wanna check the status of your social media notifications, because Michael B. Jordan just admitted that he's slid into fans DMs and the actor appears to be making no apologies for it, according to People. On the Tuesday November 20 episode of The Ellen DeGeneres Show, which was co-hosted by Chrissy Teigen, Jordan openly revealed that he's used the magic of direct messages to find romance.

During the chat, People reveals that Teigen asked, “Have you ever hooked up via direct messages?”

At the beginning of the discussion, DeGeneres expressed curiosity over the Creed II star's single status given his position as one of Hollywood's most sought after sex symbols. It goes without saying that Jordan should certainly have no problems finding a date as he goes on to share that his work schedule doesn't permit him the time to find love.

While Jordan appeared to be sincere in his response, DeGeneres was quick to rebuff the excuse, telling him:

“We don’t buy it. We all work hard, but we have relationships. So many people have crushes. It must be flattering. There are so many girls who are just crazy about you.”

Teigen jumped in to offer Jordan help sharing, “My assistant is actually going to try to DM you right after this. She’s ready for kids, everything.” However, it seems that Jordan is quite ready to settle down just yet, replying, “I’mma take my time and ease on into that."

Jordan's relationship status has been a huge topic of discussion in recent years, particularly after his scene-stealing, shirtless battle for the kingdom of Wakanada in February's box office smash, Black Panther. The moment notably caused one young woman to clench her jaw so hard that she broke her retainer.

The Wire entertainer has often tried to play it coy when it comes to questions about his dating life, preferring to keep fans in the dark about his romantic conquests. Back in May, Jordan would neither confirm nor deny that he had a girlfriend during an interview with The Breakfast Club. He told host Charlemagne tha God that he wanted “to keep my personal life out of this” and revealed that he doesn't necessarily have a type, saying “women period, all women, everybody’s on the table.”

He certainly has no shortage of prospects in the dating world. It was rumored earlier in 2018 that Jordan was dating Instagram model Ashlyn Castro after she posted now-deleted shots of her celebrating Kwanzaa with the Fruitvale Station star on Instagram. Jordan's social media flirting with Lupita Nyong'o throughout the Black Panther press tour also had fans totally shipping the costars as a couple. Despite the seeming chemistry, both actors have maintained that they're just friends.

More recently, Nicki Minaj was quick to shoot her shot with the actor while being named female artist of 2018 at the E! People’s Choice Awards. Amidst her speech, Minaj unapologetically shared,

“Shout-out to Donatella Versace for custom making this outfit for me. And shout-out to Michael B. Jordan because he’s going to be taking it off of me tonight.”

In September, U.S. Open champ Naomi Osaka shyly admitted to DeGeneres that she has a crush on Jordan, prompting the talk show host to try to hook them up on a date. People notes that DeGeneres tweeted the athlete a shirtless picture of Jordan for her 21st birthday in October. Jordan then entered, sharing a bare-chested selfie in honor of Osaka's big day, tweeting, “This one is better and more recent. LOL.” He continued, “Happy Belated Bday Naomi. But seriously I want to invite you to the Creed 2 premiere as a bday present.”

It's unclear whether or not Osaka has accepted the invitation. However, it's worth noting that Jordan certainly no stranger to interacting with followers via social media. In May of this year, the 31-year-old invited a fan who slid into his DMs onto to the set where he was filming scenes for the upcoming Creed sequel.

While Jordan's publicly single status seems to be something that he's holding tight to, his recent comments reveal that it definitely goes down in his DMs.

More like this
The 'Love, Lizzo' Harry Styles Scene Is Just 1 Moment That Made Fans Feel Seen
By Brad Witter
Will Smith Reflects On "Horrific" Chris Rock Oscars Slap In First TV Interview
By Sam Ramsden
Blake Lively's Reaction To Ryan Reynolds' Dance Video Was Pure Thirst
By Stephanie Topacio Long
Michelle Williams Laughs Often About Motherhood Thanks To 'The Fabelmans'
By Marina Watts
Get Even More From Bustle — Sign Up For The Newsletter