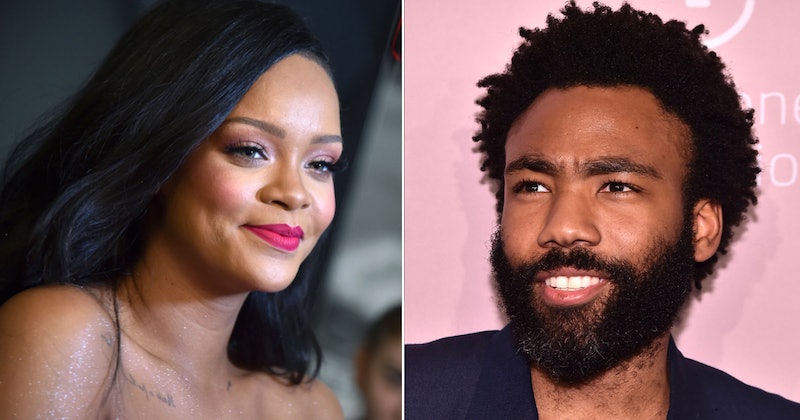 Donald Glover is one of those individuals that is so multifaceted that you can't but love him. You know who else is multifaceted and shines bright like a diamond? Bad gal Ri Ri. You name it, these two can do it. And it's with this can-do attitude that they have gone on and made a flipping film. Guava Island is the title of this film and it's one of the most hotly anticipated films of the year. So how can you watch Guava Island in the UK? Because I don't know about you guys, but I might need to clear my diary for this.

I am very happy to announce that Guava Island will indeed be available for us Brits to watch, as it's set to stream on Amazon from 8.01 BST on April 13 and the film will be available in more than 200 countries and territories worldwide, according to Metro. For those who don't have an Amazon Prime account, it will actually be available free for precisely 18 hours, The Wrap reports. The run time is a mere one hour so hey, maybe you can watch it a whole bunch of times. Maybe even 18 times? I know, right? Let's pray for a rainy day.

The film has been top secret and it was officially announced by Amazon on April 11 that the film, which also stars Nonzo Anozie and Letitia Wright, would be streaming within a matter of days.

So what's it all about then? Like I said, it's all been pretty hush hush, but in the snippet of trailer Glover shared on his Insta, he can be heard saying "We live in paradise, but none of us actually have the time or the means to live here." So the story is about one man's attempts to throw a music festival for the local community, so they can actually enjoy their paradise.

In a statement sent over to Bustle UK, Glover couldn't hide his excitement about the upcoming feature, which Amazon describes as is "an expansion of Glover's idea of freedom, in creative and business terms." Glover's statement read:

"I'm really humbled having the opportunity to present something this timely and timeless. Between Rihanna and the people of Cuba, this is one of my favourite projects I've ever worked on."

The film is directed by the incredible Hiro Murai. Murai was initially known for making incredibly music videos and then he branched out into TV. Famously directing Atlanta, which is of course written by and starring Glover. According to Murai, the process of creating Guava Island was pretty life changing:

"Guava Island is the end result of four incredible weeks spent in Cuba with some of the most inspiring creative talents I've ever met. Designers, performers, musicians, and filmmakers came together from all over the world to create this crazy fever dream of a production."

As Bustle has previously reported, Guava Island will launch at the world famous Coachella Music Festival in a special screening, the day before Glover headlines the festival as his musical alter ego Childish Gambino. They have even constructed a special theatre for people's viewing pleasure, where Guava Island will continuously be shown until the end of the festival.