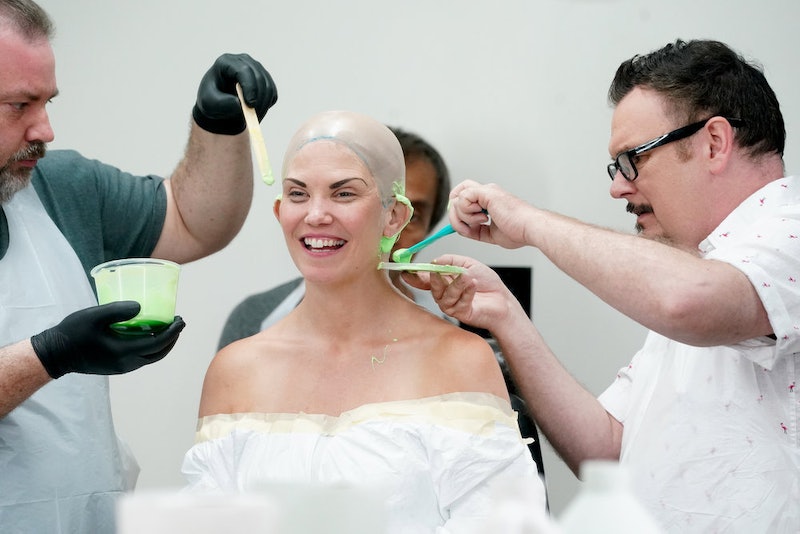 In television's latest social experiment, women from all walks of life are given a unique opportunity to experience the world from a male perspective, and with the help of an award-winning special effects team, In A Man's World sees four women transform into the opposite sex. During their time on the U.S. series, participants will go undercover to explore the differences between men and women in all areas of society, and if you're curious to see what goes down, heres how to watch In a Man's World in the UK.

Although the series is currently airing on Bravo over in the states, it appears In a Man's World is yet to receive a UK airdate. However, I have reached out to NBC for comment, and will update with any news once it becomes available.

As the Hollywood Reporter notes, the docu-series follows four women as they morph into the opposite sex and hope to experience the world as a man. Throughout their time on the show, each participant will undergo months of training with the assistance of award-winning makeup artists, and professional voice and movement coaches, with the aim of perfecting their undercover male personas.

Throughout each episode, the women are tasked with living out their daily lives as the opposite sex, and explore the differences in life between men and women — whether it be in their careers, their cultures, or society as a whole. The women eventually reveal their brief undercover experience to friends and family, and in the end hope to shed light on what it's really like to live in a man's world.

In a Man's World is co-produced by the Oscar-winning actor Viola Davis and Julius Tennon, from the U.S. entertainment company JuVee Productions. When commenting on the new series, Davis praised the show's "boldness" and "originality," and added, "We at JuVee continue our commitment to illuminate the challenges and obstacles of the voiceless. Our goal is to be disrupters. We are so proud of the originality and boldness of In a Man's World and it is our hope that it shifts you a little."

In addition to Davis' eye-opening TV venture, the Fences star has been busy preparing for one of her most demanding roles to date, because as reported by Deadline, the actor is set to portray former-First Lady Michelle Obama in the upcoming U.S. political drama, First Ladies. The series is based within the East Wing of the White House, and will focus on some of America's most charismatic and dynamic first ladies. Throughout the drama, viewers can look forward to a peek inside the personal and political lives of America's first ladies, including the likes of Eleanor Roosevelt, Betty Ford and, of course, Michelle Obama.

However, Davis is most definitely feeling the pressure of portraying one of America's most admired women, and during a recent appearance on Jimmy Kimmel Live!, the actor discussed the fear of taking on such an iconic role. According to the Huffington Post, Davis jokingly told the U.S. late night host, "I don’t care what else I’ve done in my life ― I won an Emmy, I won an Oscar, two Tonys ― but if I mess this up, this’ll be the defining moment in my life."

Well, if Davis' previous performances are anything to go by, Michelle Obama fans don't have much to worry about, and I cannot wait to enjoy the actor's upcoming projects.