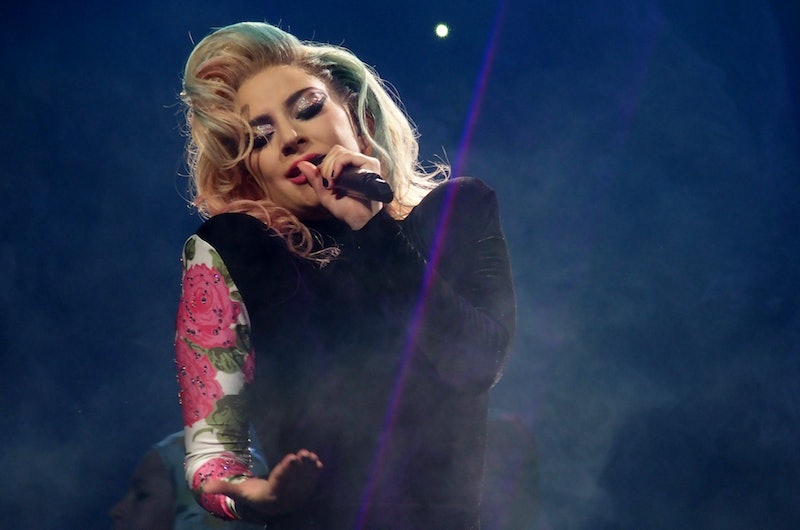 From the heroic healthcare professionals to those volunteering to provide for self-isolating neighbours and family members, the COVID-19 pandemic has proven that in times of crisis, community spirit prevails. Countless events have been organised to support the ongoing fight against the virus, including a major music extravaganza curated by Lady Gaga. One World: Together At Home will see a number of big names perform and pledge to the World Health Organisation's (WHO) Solidarity Response Fund, in partnership with Global Citizen. So here's how to watch Lady Gaga's coronavirus fundraiser in the UK, and how to get involved with this important cause.

Set to air in the States on April 18, One World: Together At Home can be watched live at 01:00am on Sunday 19th April digitally via Amazon Prime Video, Facebook and Instagram Live. For those unable to stay awake but don’t want to miss out, you can catch the whole show on Sunday 19th April, BBC One, at 7.15 p.m.

The UK's broadcast "will feature highlights from the live event, as well as exclusive performances from UK artists and interviews with front line workers," a statement sent to Bustle reads. Ellie Goulding, George the Poet, Jess Glynne, The Kingdom Choir, Little Mix, Michael Bublé, Rag‘n’Bone Man, Skip Marley, Tom Jones and more will also give exclusive performances for the BBC One programme, which will also feature interviews with, and surprises for, front line workers. And Clara Amfo, Claudia Winkleman and Dermot O’Leary are set to present.

"I'm thrilled that BBC One is to broadcast coverage of this very special event," BBC Pop Controller Lourna Clarke says in the statement, "featuring some of the world's most loved musicians, to show support to care workers all over the world at this challenging time."

A non-profit organisation, Global Citizen "is a movement of engaged citizens who are using their collective voice to end extreme poverty by 2030," as their site reads, through content, events, and grassroots organising. Over the past couple of weeks, a number of artists have been performing online in their Together At Home series, which sees artists perform "virtual no-contact concerts that aim to encourage everyone to take action and help stop the spread of COVID-19."

As the WHO points out, Global Citizen first launched "an urgent campaign in support of the COVID-19 Solidarity Response Fund for WHO" last month, which is powered by the UN Foundation. Global Citizen called on "individuals to take action," and asked "world leaders and corporations to support the response with sufficient resources."

Money raised for the COVID-19 Solidarity Response Fund will go directly to supporting and equipping "frontline healthcare workers around the world, with masks, gowns, and other vital equipment," as the WHO writes, "and to local charities that provide food, shelter, and healthcare to those that need it most."

This article was originally published on April 7, 2020