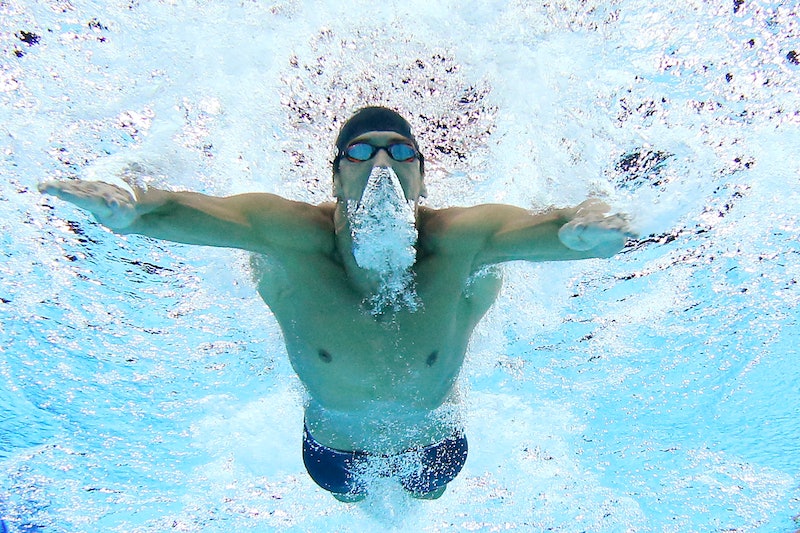 To kick off Shark Week 2017, Discovery is putting on a race that (likely) can only happen once in a lifetime. On Sunday night, you can watch Michael Phelps race a shark, and determine for yourself if he deserves his "champion" title. It's being called the "battle of the ages," and if you're a Shark Week fanatic, you probably won't want to miss out.

All you need to do to watch the race is flip on the Discovery Channel at 8 p.m. ET. But if you've cut the cable cord, there are a few options for you, too. Download the Discovery Go app or visit the Discovery Channel's website, where you can watch live streaming. However, both of those require you to sign in with a cable provider login, if you can nab one from your parents or a friend.

If you don't have any access to a cable subscription, your best bet is going to be to sign up for some other kind of streaming situation, many of which offer a free trial. There's Playstation Vue or DIRECT TV Now.

If you don't have a cable login and have already used up your free trial options, you might be SOL in terms of watching live. A spokesperson for Discovery tells Bustle that the ways to watch are either on the Discovery Channel or on the Discovery Go app. So, you might want to plan to head over to a friend's house or just catch the race once it's already aired.

If you do end up watching, keep one thing in mind: Phelps and the shark aren't actually swimming at the same time. While he did do some diving with a shark in a cage, that wasn't part of the race. Phelps was timed swimming 100 meters while in the open ocean, and his time will be compared to the shark's.

Phelps can swim at up to 6 mph, but as Vox pointed out, great white sharks average a speed of 10 mph — and can go up to 35 mph. However, Phelps was given a little something extra to boost his chances. During the race, he wore a custom-made monofin, which Live Science reported could boost his speed by a few extra miles per hour.

The odds may be stacked against Phelps, but it should still make for some fascinating entertainment. Tune into the Discovery Channel — however you can — to see how it ends.