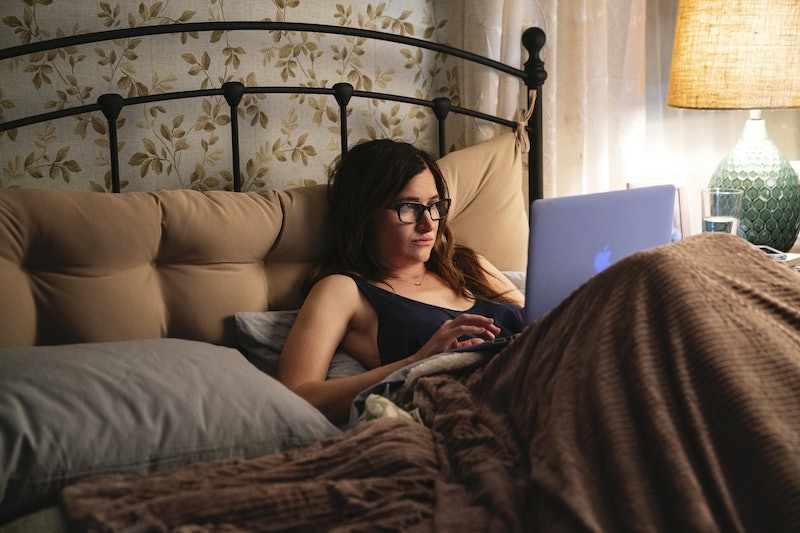 2019 has been a pretty good year for British female-led comedy series. From the likes of Aisling Bea's This Way Up, Phoebe Waller-Bridge's Fleabag, and Sharon Horgan's Catastrophe, women are absolutely slaying the small screen. The trend has followed stateside as well, with shows such as The Marvelous Mrs. Maisel, Russian Doll, and Insecure. Well, now there's another one to add to that list, and it stars Kathryn Hahn. So here's how to watch Mrs. Fletcher in the UK, because you won't want to miss this comedic icon at work.

February 2020 will see the launch of Sky Comedy, which Mrs. Fletcher will feature prominently on. This channel will join the likes of Sky Crime and Sky Atlantic, which bring shows from American cable channels like HBO, Showtime, and NBC to British shores. I've reached out to a Sky rep to see whether there's an official date for when the channel launches, but have yet to hear back. Regardless, it's not that long until you'll be able to watch Mrs. Fletcher, which will be accessible through Sky, Now TV, and Virgin Media.

Perrotta is also the creator of the series, so being able to transition his words into a seven-episode limited series has had its perks. The author also wrote Election, Little Children, and The Leftovers, which have all been adapted to television. "I think I had such great luck with Election that I could have sat back and just tried to replicate that, but I got so interested in the process and I just wanted to be part of the team," he told Collider. "To me, what was new about Mrs. Fletcher was that I had to be in the editing room and have the final cut of what the show was."

Hahn was also really excited to work with Perrotta, especially as he made sure that the team working on the show had to be diverse. "I was enormously bolstered by his curiosity," Hahn recently told IndieWire. "I knew he was aware that [the production] needed to be surrounded by a lot of women and a lot of diverse voices. Knowing how aware he was, I was enormously bolstered by that. [But] because he'd written it, I was very excited by his curiosity."

More like this
Here's How To Stream 'Downton Abbey: A New Era' & The New 'Downton' Channel
By Alice Broster and Sam Ramsden
Kate Bush Reacts To “Mad” Revival Following 'Stranger Things' Cameo
By Sam Ramsden
Regé-Jean Page Spoke Out On His Rumoured 'Bridgerton' Return
By El Hunt and Maxine Harrison
An 'Emily In Paris' Fave Is Joining Season 5 Of 'The Crown'
By Bustle Editors
Get The Very Best Of Bustle/UK