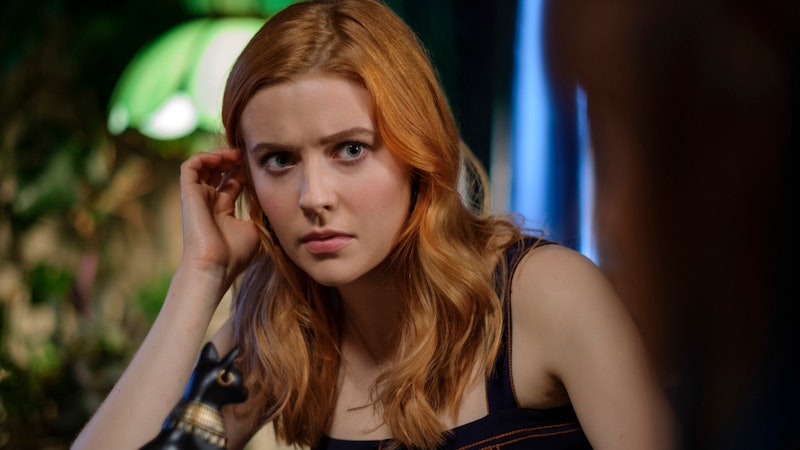 Over the years, The CW Network has been responsible for some of our most beloved TV dramas, including the likes of Supernatural, The Vampire Diaries, and many more. The latest edition to their impressive catalogue arrives in the form of Nancy Drew, a brand new detective series based on the teen mystery novels of the same name. So, if the CW's newest offering sounds like your cup of tea, here's how to watch Nancy Drew in the UK, because you don't want to miss out on this awesome new U.S. series.

Well, as you may already be aware, The CW Network is not available to watch on this side of the pond, and a Nancy Drew UK airdate is yet to be announced by the U.S. network. I have reached out to the broadcaster for comment, and will update with any new information the minute it becomes available.

According to the Express, the American mystery series is based on the teen detective novels by author Carolyn Keene. The on-screen adaptation will reportedly stay true to the original books, and will follow the character of Nancy Drew in the summer following her high school graduation. The story takes place after the sudden death of Drew's mother, which forces the young detective to ditch her college plans and remain in her small hometown. The show's lead also finds herself at the centre of a murder investigation, and after being named one of the main suspects, Nancy sets out on a mission to solve the mystery by herself.

As reported by Digital Spy, the adaptation was originally turned down by CBS, however, Nancy Drew was thankfully awarded another shot by The CW Network — and the first ever series will explore the "darkness" of the popular literary figure. The show's executive producers Stephanie Savage and Noga Landau discussed the new direction of Nancy Drew's character at the 2019 Comic-Con in San Diego. Speaking on the panel, they revealed, "When we were putting this together we started with the idea of everything we loved about Nancy Drew — that she was brave and smart and fearless. But there was also something to her, she wasn't just a good girl. She also had a little darkness to her. We all really gravitated to our favourite Nancy Drew stories having that element of darkness."

According to Deadline, the new series is being billed as a diverse take on the classic novels, and show-runner Melinda Hsu-Taylor previously revealed that she is "proud we are diverse in the casting and behind the camera." When discussing the character of Nancy Drew, executive producer Noga Landau also teased that modern audiences can expect a deeper version of the beloved character. Speaking of the show's lead, Landau added, "She’s not perfect. She has tragedy — she has lost things."

So, even though a Nancy Drew airdate is yet to be announced for us UK fans, I am seriously excited for this brand new adaptation, and fingers crossed the series makes its debut over here soon.

More like this
The Future Of 'All Creatures Great & Small' Is Confirmed & Wedding Bells Are Ringing
By Rebecca Fearn and Frances Stewart
Here's How To Stream 'Downton Abbey: A New Era' & The New 'Downton' Channel
By Alice Broster and Sam Ramsden
'Criminal Record' Is The 'Doctor Who' Reunion We’ve All Been Waiting For
By El Hunt
Where Is Oscar Torres In 'Only Murders In The Building' Season 2?
By El Hunt
Get The Very Best Of Bustle/UK