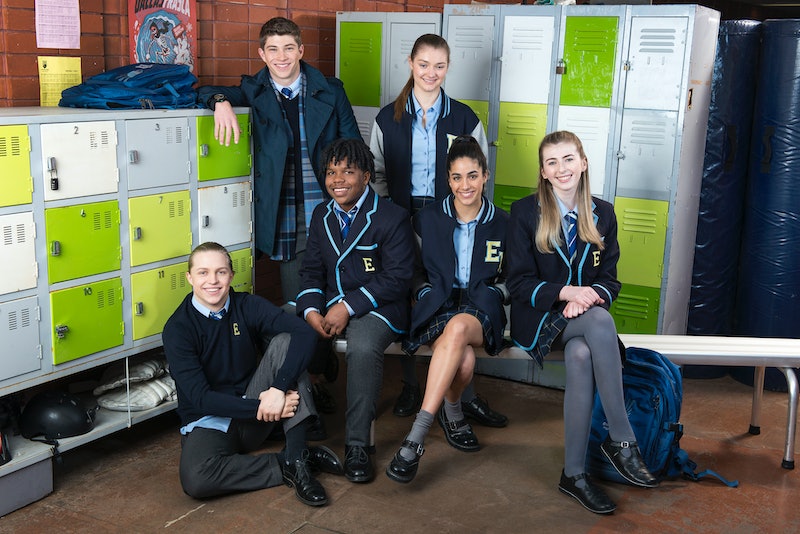 Following the announcement of a brand new spin-off, fans of the iconic Australian soap Neighbours have even more Ramsay Street drama to look ahead to. The upcoming five-part series centres around the soap's teenage characters, and promises to explore issues younger audiences can identify with. So, if you can't get enough Aussie action in your life, heres how to watch Neighbours: Erinsborough High in the UK.

As Digital Spy reports, the spin-off is set to arrive on our shores very soon indeed, and will be available to watch on Channel 5's on-demand service My5. Neighbours: Erinsborough High will be uploaded to the platform just past midnight on Monday, November 11, and all five episodes will be available to watch in their entirety. The new series was commissioned by Channel 5, and will feature some of the main show's regular cast, including Olivia Junkeer as Yashvi Rebecchi, Benny Turland as Hendrix Greyson, Jemma Donovan as Harlow Robinson, Georgie Stone as Mackenzie Hargreaves, and more. However, viewers can also expect to see some new faces crop up throughout the spin-off — as well as some of the main show's student and teacher characters, who previously only appeared in a guest role.

The storylines featured throughout Erinsborough High are set to run parallel to the plot of the main show, and will include the disappearance of a Year 12 school student during the high-pressured exam period. According to BBC Newsround, show-makers have promised to shine a light on issues that affect young people whilst at school, including bullying, mental health, cultural diversity, parental and peer pressure, and the relationship between students and teachers.

In addition to an exciting new spin-off, Neighbours also recently introduced its first-ever transgender storyline, which saw newcomer Georgie Stone make her debut on the Australian soap. As the Metro reports, Stone transitioned as a child, and has since won awards for her impressive work as a transgender activist. Following an overwhelmingly positive viewer response to both the character and storyline, Stone, who plays the character of Mackenzie Hargreaves on the long-running series, will be made a permanent member of the Neighbours cast. According to Digital Spy, Stone's cast promotion will go into effect early next year, and the actor described the opportunity to continue with her story as a "dream come true."

So, as we look forward to the show's high school spin-off, you can watch Neighbours every weekday at 5.30 p.m. on Channel 5, and I don't know about you, but I'm very excited by the direction of this legendary soap opera.

More like this
The Banned 'Friends' Ad Shows Monica As You’ve Never Seen Her Before
By Sam Ramsden
Alan Carr's 'Changing Ends' Is A Witty Sitcom Based On His Own Life
By Darshita Goyal
9 Time Catherine Cawood Was An Absolute Badass In Happy Valley
By Sophie McEvoy
Armani Jackson Is Following In His Famous Actor Sister’s Footsteps
By Catharina Cheung
Get The Very Best Of Bustle/UK
Sign up for Bustle UK's twice-weekly newsletter, featuring the latest must-watch TV, moving personal stories, and expert advice on the hottest viral buys.