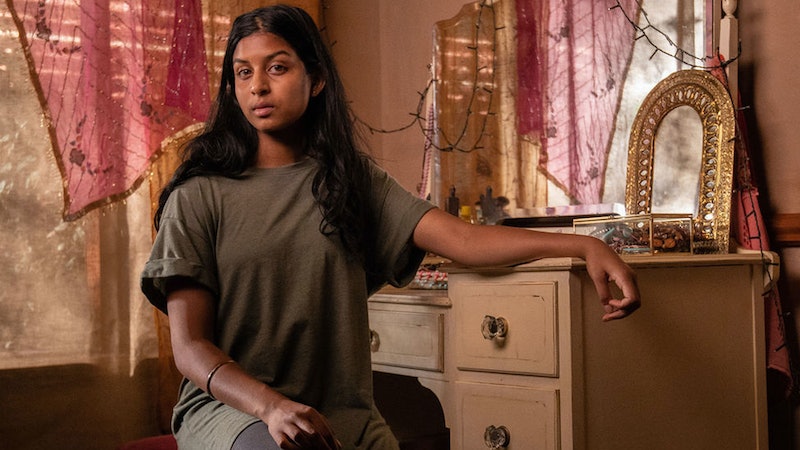 Starting on Channel 5 tonight, four-part series The Hunting will explore the issues of consent online, and how sharing private images can negatively affect people's lives. Despite being aired by a British broadcaster, the drama was initially released on the Australian network SBS TV in early August. With that in mind, where is The Hunting filmed?

Primarily filmed in South Australia's capital Adelaide, The Hunting's narrative also takes place in the city as The West Australian reports. There's not a whole lot of info regarding the specific locations the series was filmed in, so I reached out to Screen Australia for more insight and I'll update you as soon as I hear back.

Production began in early January, and The Hunting was celebrated as being "the first network-commissioned primetime long-form drama fully created in South Australia," as Amanda Duthie, South Australian Film Corporation, said in a press statement. "In telling this timely story [Closer Productions] have attracted outstanding cast, crew and creatives to the production, and with a 60 per cent female representation."

Created by Sophie Hyde and Matthew Cormack, the series brings attention to how teens are taught about trust and how to present themselves on and offline. "With The Hunting we explore teens using technology within sexual context and reframe the conversation to be had about trust and consent, considering how we are culturally responsible and exploring how we all navigate this," Hyde explained in a press statement.

The Hunting's story begins with two teachers, played by Asher Keddie (Offspring, The Cry), and Richard Roxburgh (Rake, Hacksaw Ridge) who discover that explicit photos of underage students are being shared online. Hyde and Cormack then use this realisation to explore the ramifications this issue can have on not only the people directly involved, but with those closest them as well.

"This is a powerful, thought-provoking story, imbued with complex characters, and drama with big ideas and questions," director Ana Kokkinos said in the press statement. "It is exciting to be working with such high calibre experienced actors as well as talented newcomers, who between them all, reflect the rich cultural diversity of our society."

The series has also brought these frightening issues to the attention of those starring in the series, as Keddie mentioned during an interview with Australian women's network 9Honey. "When I first read the script I felt really concerned," the actor said. "I suppose because I have children, I see everything through the lens of how on earth I'm raising these kids now. So I guess it frightened me."

The realisation also spurred Keddie to educate herself about the younger generation. "It's so vital that parents are able to guide their children with enough self-worth and empathy and sense to be able to deal with and manage a social currency like what we're seeing now," she explained. "I think it's really important to discuss a social issue with our children really early so that we're helping to prepare them for the changes that are going to take place." She continued:

"Helping them to understand from a really early age that accountability is very important to their own self-worth and their own happiness, particularly as they become adults, is a focus for [her and her husband]."