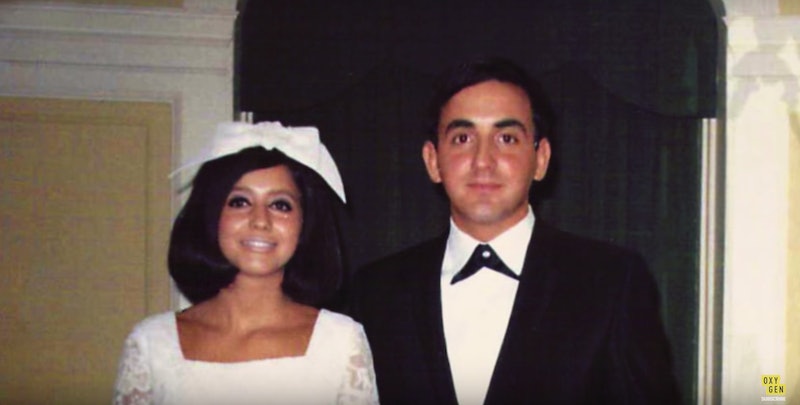 The U.S. television channel Oxygen has experienced several rebrands ever since its launch in 2000. Nowadays, the channel is primarily known for its thrilling true crime documentaries, with shows such as Murder and Justice: The Case of Martha Moxley dominating a large portion of their schedule. After recent true crime releases on other major platforms such as Netflix, it appears that appetite for the genre is at an all time high. So here's all the information you need if you're wondering how to watch Oxygen true crime documentaries in the UK.

Unfortunately, Oxygen is not available in the UK, which means viewers on this side of the pond currently don't have access to the channel's brilliant selection of true crime docs. I have reached out to the broadcaster for comment on the matter, and will update with any new information once it becomes available.

All is not lost, however, because true crime fans in the UK do have access to Oxygen's original podcast series, Martinis & Murder. The podcast is available to download on Apple Podcasts, and listeners can expect hosts John Thrasher and Daryn Carp to dissect a wide range of intriguing tales, most of which centre around serial killers, mysterious disappearances, and infamous murder cases.

"Spending hours on research per case, John and Daryn not only tell the narrative of each murder but also delve into compelling and little-known facts about the lives of each killer and victim. What was the motivation? Was the killer a psychopath or a sane person who simply snapped? What was the impact on the victim’s family, friends and community?"

Back in 2016 it was reported that Oxygen would begin to reformat as a true crime-orientated network. According to Variety, the channel had enjoyed a significant ratings increase throughout 2015, following the introduction of a programming block known as Crime Time. Frances Berwick, the president of lifestyle networks for NBCUniversal Cable Entertainment, previously discussed the huge amount of viewer interest in true crime related content. Speaking to Variety, he said:

"People are really passionate about this genre. There is an opportunity right now to really lean in to the genre and capitalise on the moment. This has been demonstrated online where you see (true-crime) podcasts exploding and armchair detectives out there on social platforms trying to solve crimes. This felt like the natural extension of something that was already working well for Oxygen."

As reported by Deadline, in early 2017 the Oxygen channel officially made the shift into focusing on true crime programming aimed towards women. The U.S. channel kicked off its expansion into the genre by introducing a lineup of eight brand new series, as well as securing existing shows such as Dateline: Secrets Uncovered.

"This new slate has a great mix of high stakes real time crime investigation and innovative formats that allows viewers to stay engaged from beginning to end with immersive storytelling. It's a real differentiator in our programming, and we’re thrilled to be working with some of the sharpest talent and producers in the genre."

Sadly, we're still waiting for the day Oxygen becomes available in the UK. So, for now at least, the Martinis & Murder podcast will have to do.