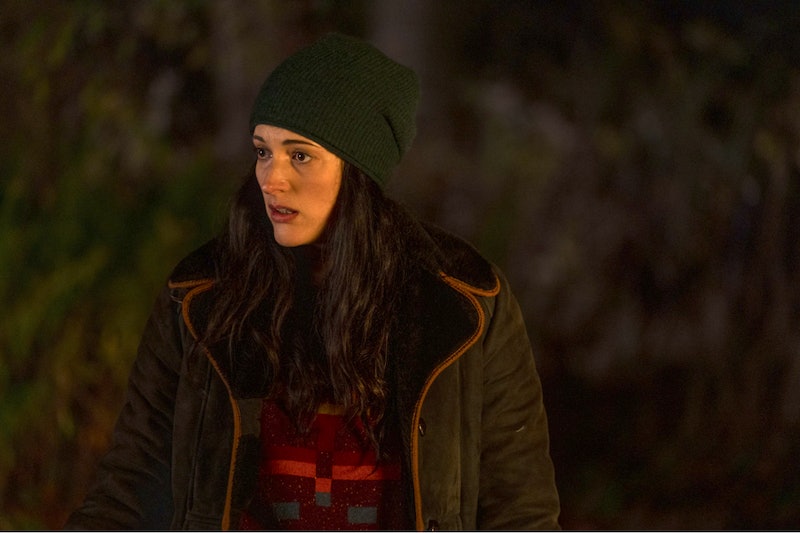 Following the arrival of genius BBC comedy Fleabag, Phoebe Waller-Bridge earned herself an army of admirers and widespread critical acclaim. Now, in her first small-screen appearance since Fleabag, Phoebe Waller-Bridge is returning to television in Sky's Run. So, if you're excited to see more of the BAFTA Award-winner, here's everything you need to know about her latest TV gig.

According to a statement sent to Bustle, the series is written and produced by Waller-Bridge's longtime Fleabag collaborator Vicky Jones, and centres around a woman who ditches her mundane suburban life to reconnect with an old college flame — who she made a pact with 17 years earlier. The pact stated that if either one of them texted the word "run" and the other replied with the same, the pair would agree to drop everything and embark on a road trip together across America.

The series currently airs on Sky Comedy and NOW TV here in the UK, and viewers can keep an eye out for Waller-Bridge — who also executive-produced the series — during Run's fifth episode, in which she briefly appears as the character of Laurel.

In addition to her newest on-screen role, fans of all things Waller-Bridge have plenty more to look ahead to, including her work on the upcoming Bond flick No Time to Die. As the BBC reports, the Killing Eve producer was sworn in to add some "little spices" to the film's script, and after meeting with famed producer Barbara Broccoli and leading man Daniel Craig, the Fleabag star revealed she was ready to make some "tweaks" to the characters and storylines.

Upon the film's release later this year, Waller-Bridge will become the second woman in the franchise's 57-year history to score a writing credit on a James Bond release — and commenting on her involvement in the project, she revealed that "it doesn't get cooler" than writing lines for 007 himself.