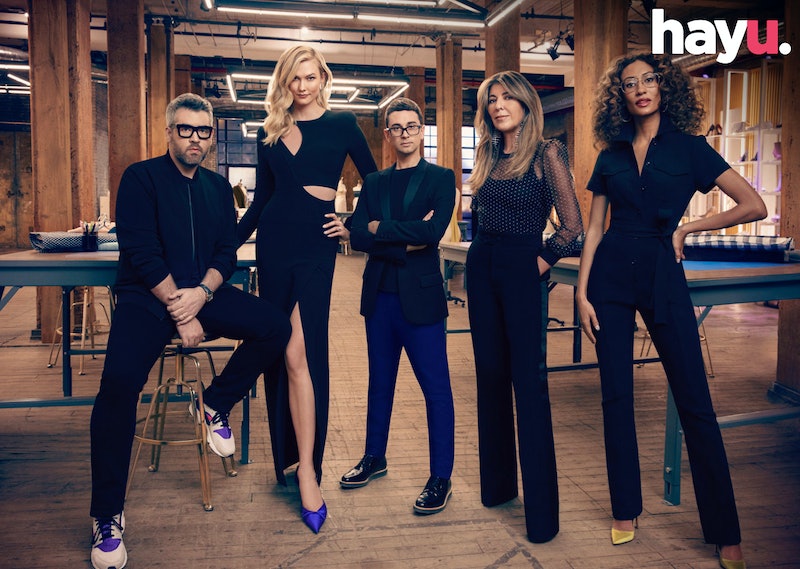 I don't know about you, but I've been so caught up in RuPaul's Drag Race as of late that I completely forgot about the plethora of reality competitions that give an equal amount of drama and incredible talent. One of the OGs is, of course, Project Runway, and it's finally making its long-awaited return for its 17th series. So if you're wondering how to watch Project Runway in the UK, I've got you covered.

If you're an avid fan of reality TV you'll be familiar with hayu, a streaming service that provides "reality on demand" from Keeping Up With The Kardashians to Dance Moms. Well, you'll be pleased to know the Project Runway will soon be added to the platform's roster, as the Series 17 of the iconic series will be available exclusively to UK viewers on the streaming platform. The best part? New episodes will be available on the same day as the U.S. so you'll be on the same page as Runway fans across the Atlantic.

Like most streaming services, you'll have to subscribe to hayu to have access to its content. When you first sign up, you'll be offered a free trial for a month, which will then move to a £4.99 fee per month with no contract. For over 100 shows and 6,000+ episodes of reality content at your disposal, I think that's a pretty good deal.

Anyway, back to Project Runway. Now that you know how to watch Series 17, you're probably wondering what's changed. The show is back on it's original network Bravo and while Heidi Klum and Tim Gunn will not be returning this season, the panel of the new series promises that "the show would include the best parts of the original but [will] reflect big changes in the world and fashion industry" since its debut in 2004, as USA Today reports. This also includes a substantial increase in the prize money, which has been raised from $100,000 to $250,000. Wow.

Speaking at the Television Critics Association in January, producers of revealed the new ways in which audiences will be able to interact with each episode, explaining that this series will be "the most inclusive iteration of Project Runway that the world has ever seen." When it comes to the panel, Nina Garcia will return alongside new judges Elaine Welteroth (former editor of Teen Vogue), and designer Brandon Maxwell, as The New York Times reports.

Model Karlie Kloss and Season 4 winner Christine Siriano have taken over the roles of host and mentor this season. Despite it being a pretty daunting prospect to fill Klum's shoes, Kloss is excited to be part of the 17th season and "to be a part of this incredible cast and bring the show back to Bravo," as the model told People at the New York City premiere last Thursday (March 7).

You can watch Project Runway on hayu from March 15.

More like this
A BGT star & A Football Legend Have Joined The 'Strictly' 2022 Line-Up
By El Hunt and Sam Ramsden
Fans Are Convinced That 'Love Island's Gemma & Luca Have Secretly Split
By Frances Stewart
This 'Bridgerton' Polin x 'Love Island' Crossover Is Everything
By Darshita Goyal
The Love Island 2022 Reunion Drama, Explained
By Sophie McEvoy
Get The Very Best Of Bustle/UK