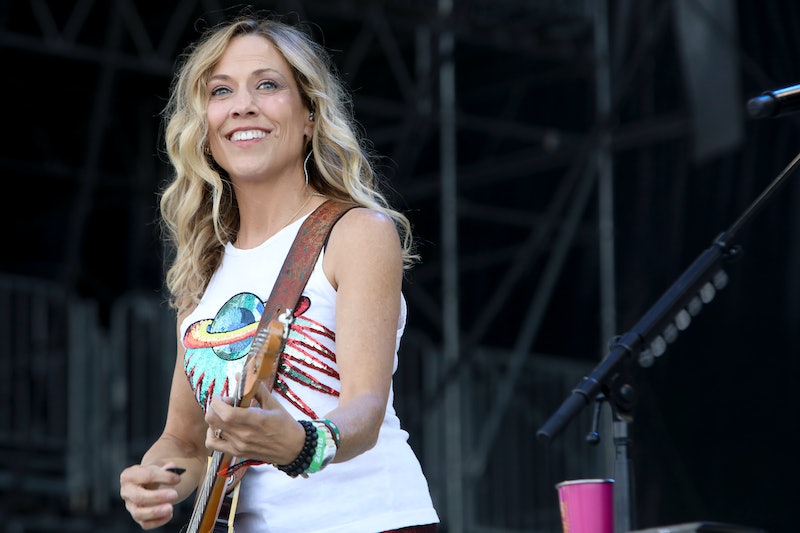 Festivals are an excellent way of discovering new music, especially with a line-up that is bursting with artists you love and ones your not so familiar with. But as is usually the case with the main slots, it's often the well-known artists that take to the Pyramid Stage and draw the biggest crowds. One artist that will get nostalgia pumping on Friday night is none other than country rock icon Sheryl Crow, who is currently promoting her latest record. But if you won't be at Worthy Farm this weekend fear not, because this is how to watch Sheryl Crow's Glastonbury performance.

Basically, the BBC is going to be your hub for all things Glasto this weekend (no surprises there). Crow is set to take the Pyramid Stage at 2.30 p.m., with an hour-long set most likely full of her greatest hits and some new tunes as well. As Crow's set is mid-afternoon, you won't actually be able to catch her live as the Glastonbury coverage doesn't start on any of the BBC TV channels until the evening looking at the schedules. BBC Four will be airing a repeat of her performance at 9 p.m., but if you want to watch her live your best bet is to have iPlayer ready and waiting, as the Beeb "will be streaming over 100 performances from across the main stages" as they happen.

You can also listen to the legend in action through BBC Sounds, primarily on BBC Radio Glastonbury which will also be airing Crow's performance live.

It's been over 20 years since Crow last performed at the festival, so her presence on the Pyramid Stage this weekend is more than a welcome return. And if you're lucky enough to be heading to the Somerset fields this weekend, you might be lucky enough to see her on and off the stage. "We get to Glastonbury really early in the morning and then we're there all day," she recently told NME. "I think we play at like 2.30pm and we don't leave until late, so we'll stick around. If I'm gonna be there, I really wanna see it, you know?"

And despite telling the publication that her latest record Threads (which comes out on August 30) will probably be her last, Crow isn't completely finished with the industry just yet. "Part of me not wanting to make albums anymore is that there are other things I wanna do that I feel are more important than making my music," she said.

"I would love to go to work for environmental foundations. But I think I will keep making music. If I write a song like 'Wouldn't Want To Be Like You in a couple of years that pertains to what's happening politically and I feel like I wanna put it out right away, I love the idea that I don't have to wait for a full album to do that. But we'll see if I do that."

So even though her Glasto performance might be one of the last chances to see the singer for a while, you can feel rest assured that there will more than likely be opportunities to still see this icon perform in years to come.