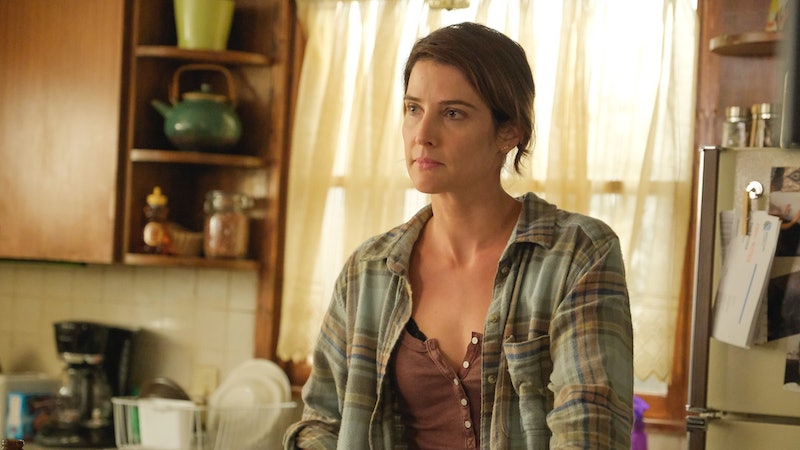 The U.S. crime-drama series Stumptown is based on the Greg Rucka-penned novel series of the same name, and follows the story of a quick-witted army veteran with a complicated past. How I Met Your Mother's Cobie Smulders and New Girl star Jake Johnson make up the cast of this exciting new series, and if the stateside drama sounds like your cup of tea, heres how to watch Stumptown in the UK.

Well, those of us on this side of the pond might have to wait a little while longer before Stumptown's debut, because as it stands, there has been no confirmation regarding the show's UK airdate. However, I have reached out to ABC for comment, and will update with any new information the minute it becomes available.

According to Deadline, the U.S. drama is inspired by the graphic Stumptown novel series, and tells the story of Dex Parios — a strong, assertive, and unapologetic military veteran who now works as a private investigator in Portland, Oregon. Dex boats a complicated personal history, and has a habit of solving other people's problems whilst turning a blind eye to her own.

The character of Parios is portrayed by Avengers star Cobie Smulders, and speaking to Entertainment Weekly at the show's Los Angeles premiere, executive producer, Jason Richman, discussed why he believes television is in dire need of a character like Dex Parios. Richman realised the importance of the character whilst reading the novels on which Stumptown is based, and told the publication: "what I recognised around page three of the novel is that this character didn’t exist on television. A flawed female character, who is very human, and wasn’t reliant on a male character — why did this character not exist? So I went looking for this character and I found versions of it, but they were all superheroes or had some high-concept like they could see the undead. But there was never just a normal human being."

As reported by Deadline, the cast of Stumptown also includes Michael Ealy and Jake Johnson, the latter of which is perhaps best known for playing Nick Miller in the long-running U.S. sitcom, New Girl. In his latest gig Johnson plays the character of Grey McConnell, and according to TV Guide, the actor previously discussed the similarities between his Stumptown and New Girl personas. During the interview, he revealed, "What I like about Grey is, honestly, it starts off similar to Nick Miller. That's an easy transition for people. If you were a fan of New Girl you can say, 'Oh I know that guy, I feel comfortable watching him at 10 pm on a Wednesday night'." However, Johnson went on to explain that Grey will eventually depart from his initial characterisation, and added, "as the show goes forward there'll be more secrets revealed from Grey and you'll get to know him in a totally different way."

So, although we're still waiting on some news regarding Stumptown's arrival on UK television, it certainly sounds as if we have a lot to look forward to, and fingers crossed the series is available soon.