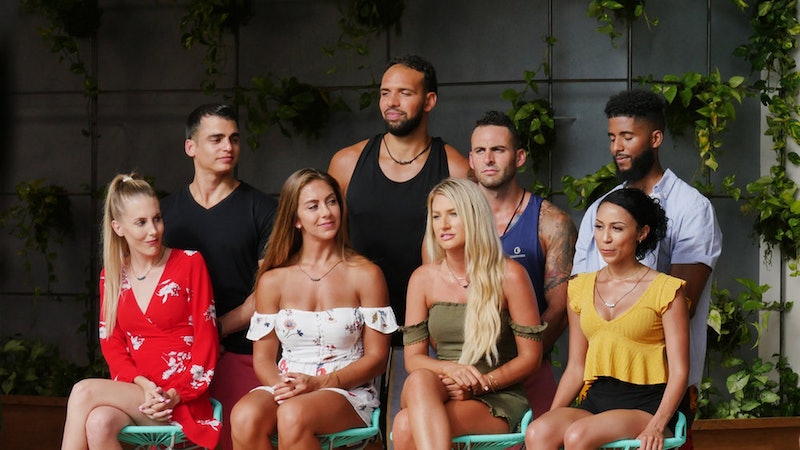 The U.S. reality series Temptation Island arrived just in time to fill the Love Island shaped hole in our lives, and as viewers in the UK wave good bye to the first season, attention has now turned to a second series. Thankfully, a second run of the reality-dating show has been given the go ahead across the pond, and is scheduled to being airing in the U.S. very soon. So, if you're itching to get your hands on the next series, heres how to watch Temptation Island Season 2 in the UK.

According to Digital Spy, Temptation Island is set to return for a second series on Thursday, October 10 over in the states, however, a UK airdate for the new season is yet to be announced. So, to get an indication of when UK fans can expect the show to return, I have reached out to NBC for comment, and will update with any news the minute it becomes available.

In the meantime, you can enjoy the entire first season of Temptation Island via Sky's On Demand service, which follows four couples as their relationships are put to the test in an exotic social experiment.

As reported by the Metro, similarities between the U.S. reality hit and ITV2's Love Island have been drawn, however, Temptation Island instead focuses on a bunch of already committed couples, who arrive in the state of Hawaii to test the strength of their relationships. During their time on the show, the couples will reside on the island alongside a group of 24 singletons — and face an array of challenges which are cleverly designed to tempt the coupled contestants. At the end of their Temptation Island journey, the couples will be faced with some major decisions, and will either stay committed to their significant other, or go their separate ways for good.

The first season of Temptation Island aired on the E! Entertainment channel in the UK, and Sky's official synopsis describes the U.S. reality series as being "the ultimate test of faithfulness" which follows "four couples at a pivotal time in their relationships." When commenting on the show's appeal, the Managing Director of Content at Sky, Zai Bennett, said, "Temptation Island is addictive and unmissable, and we can’t wait to launch it on Sky this summer. If you’re a fan of reality TV and entertainment, then this is your next must-watch show."

As the Metro reports, Temptation Island is actually a reboot of an original series of the same name, which ran for three seasons between 2001 and 2003 — and luckily for us reality TV fans, producers brought the show back for a 2019 revamp. When discussing the TV comeback, Chris Stewart from the show's production company, Banijay Rights, described Temptation Island as being a "ratings-busting reality series," and credited the "equal parts" of "drama and entertainment" for its continued success.

You can catch the first series of Temptation Island on Sky On Demand, and fingers crossed a second series makes its way over to the UK soon.

More like this
Here’s What Happened To Every 'Love Island' UK Couple
By Orla Pentelow
Everything We Know About Gemma & Jacques’ Relationship – & Break-Up
By Frances Stewart
Twitter Has *Many* Thoughts On Amber & Ikenna’s Dumping From ‘Love Island’
By Frances Stewart
Yes, Luca Bish Really Doesn’t Drink Alcohol
By Shahed Ezaydi and Sophie McEvoy
Get The Very Best Of Bustle/UK