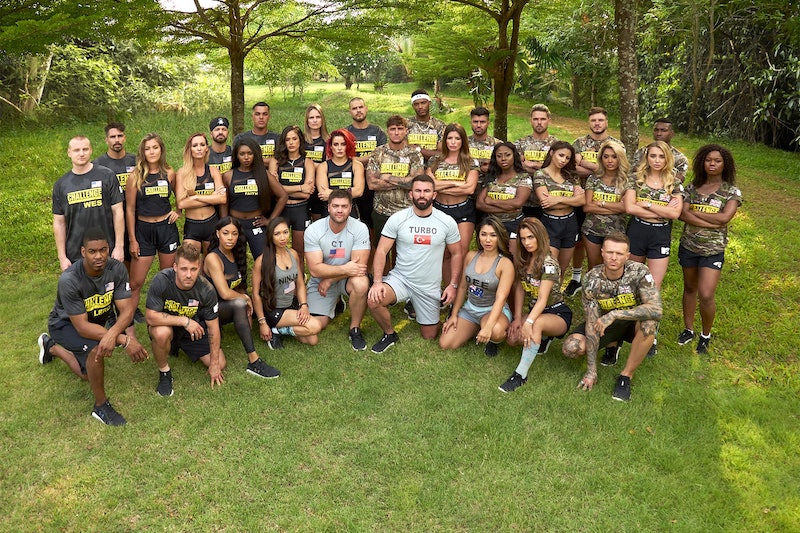 The season of reality TV shows isn't over just yet. Earlier this summer we bid adieu to Love Island, then along came Celebs Go Dating. But just when you thought all your faves had finished, it looks like reality fans are in for a treat because MTV is bringing you the sequel to War of The Worlds. This is show is not a game, it's a test of speed, mental agility and strength. So here's how to watch The Challenge: War of the Worlds 2, because you really don't want to miss it.

While American audiences were lucky enough to catch the premiere of the new season on August 28, as ever those of us across the pond will have to wait a little longer. I reached out to MTV UK to find out just how long the wait will be and they told me the show will air in the UK on Wednesday, September 25th at 9 p.m." So I'd refrain from checking any spoilers online until then if I were you.

But what can you expect from The Challenge: War Of The Worlds 2, if you aren't familiar with the show? The most important thing to know is that the show sees UK and U.S. reality TV royalty go head-to-head in a series of challenges in the depths of the Thai jungle, as Deadline reports. According to a statement from MTV, "following The Challenge: War of the Worlds, the lines have been drawn between the U.K. and the U.S. players. Set in the middle of the jungle, The Challenge: War of the Worlds 2 returns to a classic team format; 14 Brits will battle it out against 14 Americans for their share of the $1 million-dollar prize."

The statement goes on to reveal that in the first episode, the winning team will be able to choose from a lineup of reinforcement contestants, featuring all-stars CT Tamburello, Dee Nguyen, Ninja Natalie Duran, and last season’s champion, Turabi Turbo Camkiran. If the trailer of The Challenge: War Of The Worlds 2 is anything to go by, this season is going to be pretty intense. The challengers have to do things that can only be described as SAS-style tasks. The trailer shows crawling, and some actual fighting between Georgia Harrison and Steven Bear. Trust the Brit competitors to be the rowdy ones.

If you needed another reason to tune in to the show next month, the UK team is mostly made up of some of our most well known reality TV stars. Entertainment Weekly reports that some of the members on team UK include Love Island alum Theo Campbell, Georgia Harrison and Idris Virgo, Stephen Bear, Geordie Shore's Kyle Christie and loads more. So if you're a fan of British reality TV shows, there couldn't be a more perfect show for you. I don't know about you but I think we've got quite a lot of brains and brawn on our side, so Team UK should be in with a good shot, in fact I might even go so far to say that we could win this. Fingers crossed.