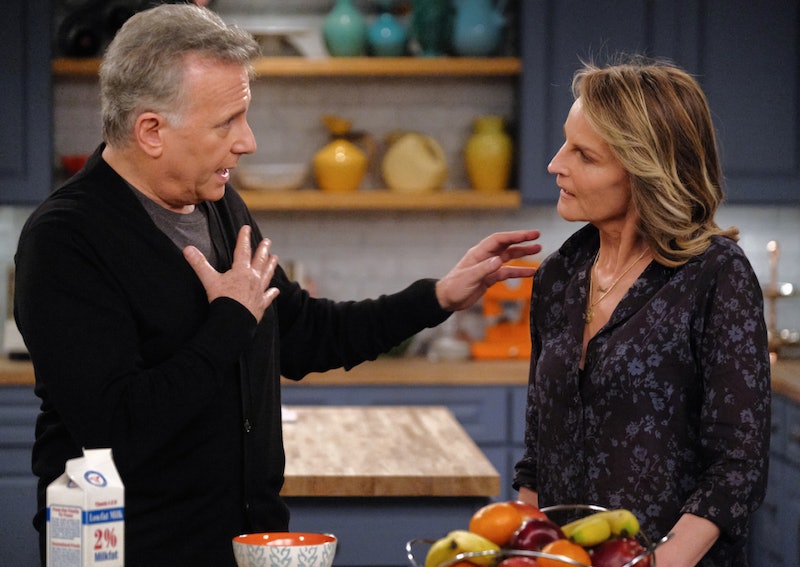 It's been more than 20 years since Mad About You ended after an original seven season run. But for any fans who are curious about what Paul (Paul Reiser) and Jamie (Helen Hunt) Buchman have been up to since then, a Mad About You revival is on its way with 18 more episodes to wrap up the couple's story. There are an initial 12 episodes premiering on Nov.20 and then another six coming on December 18. That's all well and good, but actually watching the Mad About You reboot is admittedly a little complicated.

The Mad About You reboot, which catches up with Paul and Jamie as their daughter Mabel is leaving home to attend college at New York University just a few blocks away from their apartment, is airing exclusively on Spectrum's On-Demand streaming service, meaning you'll have to be a Spectrum subscriber in order to watch. If you're already a Spectrum customer with a cable TV package through the company, you're in luck — you can log into your account and start streaming.

If not, you'll either need to switch your cable TV provider to Spectrum or sign up for Spectrum TV Choice, a standalone service that for $25 a month gives you live streaming access to the five major broadcast networks, your choice of 10 cable channels from a list of roughly 65, and the ability to stream from Spectrum's On-Demand library, according to TechHive.

Once you're all signed up with an account, the Mad About You revival will be available to stream directly from the Spectrum Originals website once the episodes are released.

Signing up for a whole other subscription service on top of the ones you may already have just for one show might seem a little over-the-top, but since Mad About You is a Spectrum Original means it's unlikely the show will be added to the likes of Hulu or Netflix anytime soon. So if you were a huge fan of this sitcom, it might be worth it.

In the meantime, you can always relive the '90s sitcom glory by streaming all seven seasons of the original run of Mad About You, which you can stream for free on Starz if you have a subscription. You can also rent or buy the episodes on iTunes and Amazon.

While the Mad About You revival airing exclusively via Spectrum Originals makes it hard for fans to see new episodes at first, hopefully the revival episodes will become more widely available so that fans of the Bachman family can get their fix.

More like this
The Banned 'Friends' Ad Shows Monica As You’ve Never Seen Her Before
By Sam Ramsden
'The Last Of Us' Episode Schedule Competes With The Super Bowl & Oscars
By Brad Witter
Grammys Host Trevor Noah Made Adele's Dream Of Meeting The Rock Come True
By Brad Witter
Pedro Pascal Barely Got Through The "Lisa From Temecula" 'SNL' Sketch
By Stephanie Topacio Long
Get Even More From Bustle — Sign Up For The Newsletter
From hair trends to relationship advice, our daily newsletter has everything you need to sound like a person who’s on TikTok, even if you aren’t.