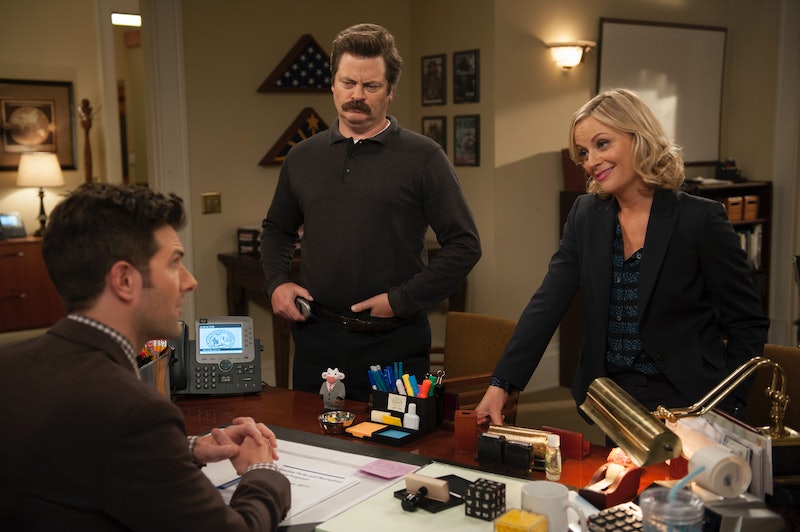 Five years after the series finale, NBC’s Parks and Recreation will be returning for a special to give a little comic relief and raise some money for a special cause during the pandemic. The one-off benefit special of the much-loved show will be airing in the US on April 30, but how can you watch the Parks And Recreation special in the UK?

Set in the fictional small town of Pawnee in Indiana, the mockumentary style satire follows local government as they try to improve the area. According to Deadline, the original cast including Amy Poehler, Rashida Jones, Aziz Ansari, Nick Offerman, Aubrey Plaza, Chris Pratt, Adam Scott, Rob Lowe, Jim O’Heir, and Retta will be reprising their roles in a 30-minute special to help raise funds for those affected by the COVID-19 outbreak. And just like everyone else, they too will be social-distancing over in Pawnee as Amy Poehler explains in an announcement video.

While it’s as yet unclear how you can watch the new special it in the UK, you can watch the original 7 seasons of Parks And Recreation on Amazon Prime. So it may be that the charity special will be made available there too.

Lisa Katz and Tracey Pakosta, Co-Presidents of Scripted Programming at NBC Entertainment said: “In such uncertain times, we can’t think of anyone better than Leslie Knope to unite our country with her unbridled enthusiasm and compassion,” They continued: “A huge thank you to Mike Schur and the cast of Parks and Recreation for putting this wonderful special together and bringing a smile to all our faces while raising money for such a worthwhile cause.

Not only will the award-winning show help boost morale with some laughs, but the scripted special with State Farm will be donating to Feeding America’s COVID-19 Response Fund who are helping communities and individuals and who are facing hunger during the pandemic. All the money raised will help get food and funds to food banks across America.