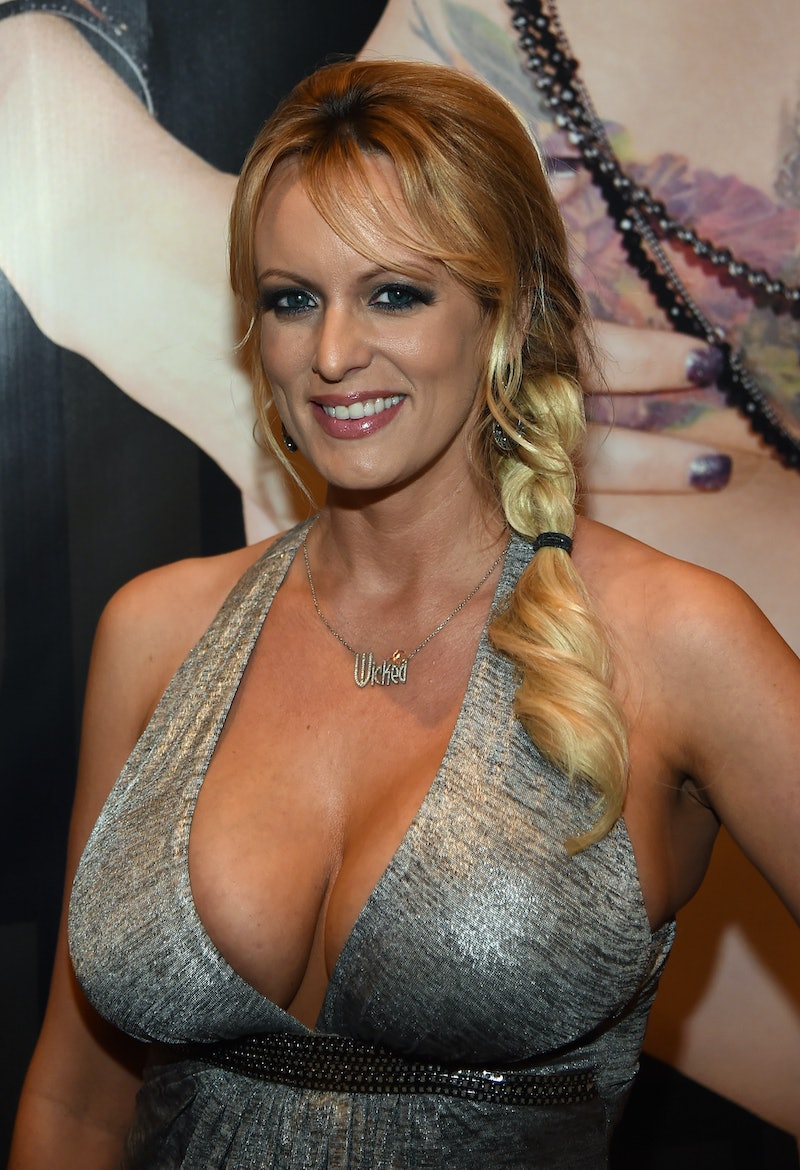 You've probably heard the basis of the story: Donald Trump met adult film star Stormy Daniels in 2006 at a golf tournament, according to Daniels, and she claims the two of them then began a months-long extramarital affair. There's a lot more to the story, though, and CBS' 60 Minutes will air an interview on Sunday with Daniels that will surely get into some of it. You definitely need to know how to watch the Stormy Daniels interview, because this is a story that everyone in America needs to hear.

If you've got a TV, then all you have to do is look up your local CBS affiliate and then tune in at 7 p.m. Eastern and Pacific time. You can also watch live streaming coverage online with CBS All-Access, or if you already have a full evening, then you can watch the episode after 60 Minutes uploads the full episode to their site for free. 60 Minutes videos will also appear on YouTube, which rounds out your list of options for how to watch the Daniels interview.

60 Minutes offers people in the news the chance to give more in-depth interviews than usual, and in this case you'll see Daniels sitting down with how Anderson Cooper.

Vox reports that CBS actually filmed the interview earlier in March, but they've waited until this Sunday to actually air it. This is also going forward despite the fact that Daniels signed a nondisclosure agreement (NDA) regarding her alleged affair with Trump, and any breach of that agreement would lead to Trump filing for a restraining order against Daniels. Trump apparently has, through arbitration, requested and received a temporary restraining order, barring Daniels from speaking publicly about the alleged affair between the two. Daniels is neglecting to follow the terms of the NDA and the restraining order, though, instead claiming that because Trump never signed the NDA, it is not valid. The Washington Post has reported that Daniels is suing Trump to officially make the NDA invalid.

You'll have to watch it to know for sure, but the interview could include any number of important details, possibly including but not limited to her explanation the whole legal saga. You can also expect her story of the longterm sexual relationship that she claims they had (which the White House denies ever took place), and something about the $130,000 that she received in exchange for signing the NDA in question.

Trump lawyer Michael Cohen paid Daniels $130,000 in return for her signature on the NDA in the months before the 2016 presidential election. She has promised to return the money since knowledge of the whole thing came out, but there are questions about the payment's legality in another sense. The payment, which Cohen claims came from his own pocket, may have amounted to a violation of campaign finance law if it can be seen as a campaign donation exceeding the $2,700 limit of legal campaign donations from an individual. USA Today reports that Cohen claims that the payment had nothing to do with the presidential campaign, and instead is what any lawyer would do for a valued client.

Daniels has given one in-depth interview about her alleged affair with Trump before, to InTouch in 2011. This was well before anyone ever imagined that Trump would run for, much less win, the presidency — so the focus was much more personal and much less legal than you can expect the 60 Minutes interview to be.

Whatever she and Cooper focus on, though, the interview is bound to be juicy. CBS hasn't let any of the details slip, so the suspense has just been building throughout the past couple of weeks. All you've got to do is tune in, whether on television or online, to see it all for yourself.